The pace has not slowed since my last post but at least the progress on the house and chair making front is positive. 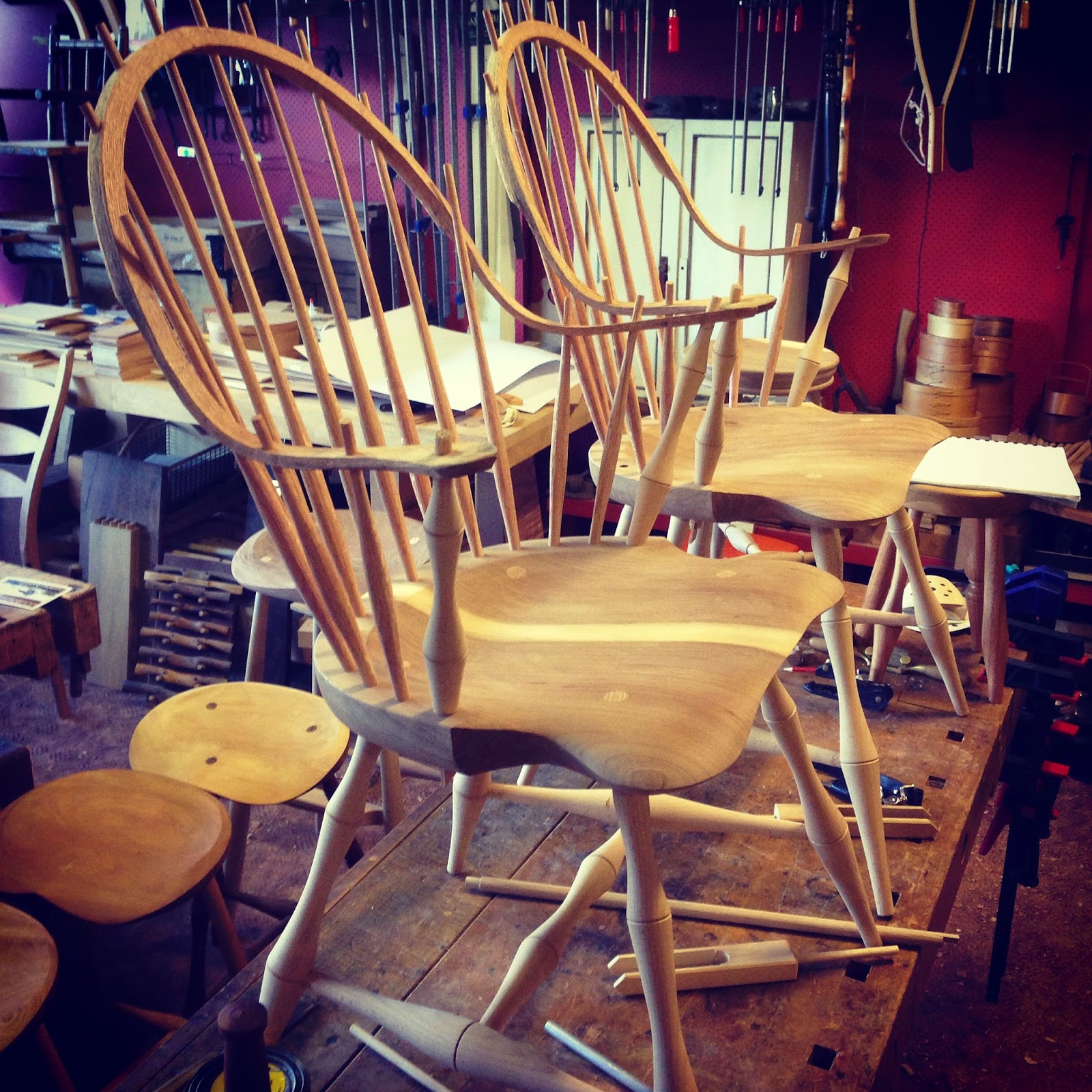 These two Continuous Arm Chairs are finished now, but for oiling. They are gifts from a Grandfather to his two grandchildren. Although they are a pair I wanted there to be some difference between the two and so I left sapwood on the outer edges of one and ran a line of it down the centre of the other. A kind of Windsor racing stripe! They are for young kids after all and a little individuality never hurt anyone. 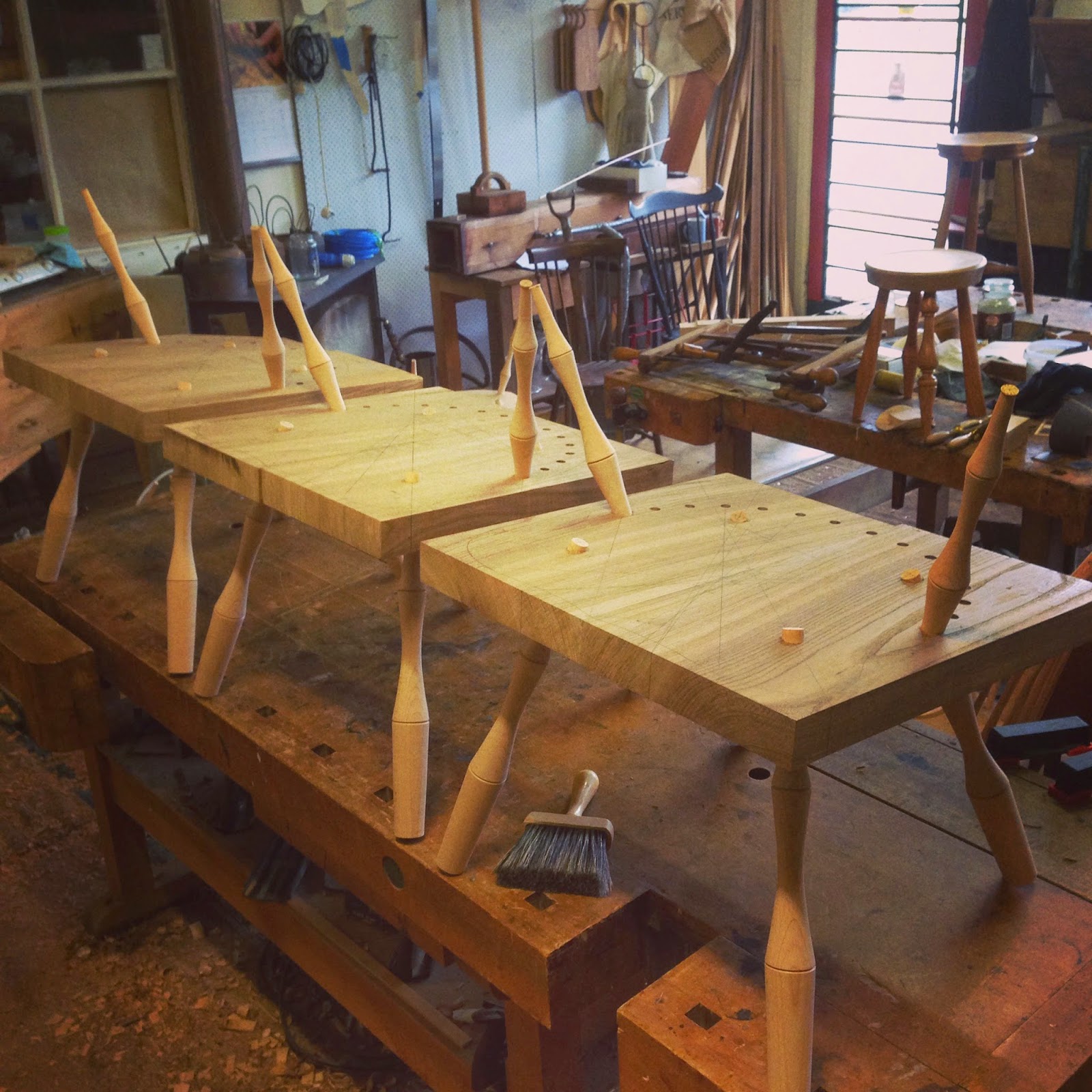 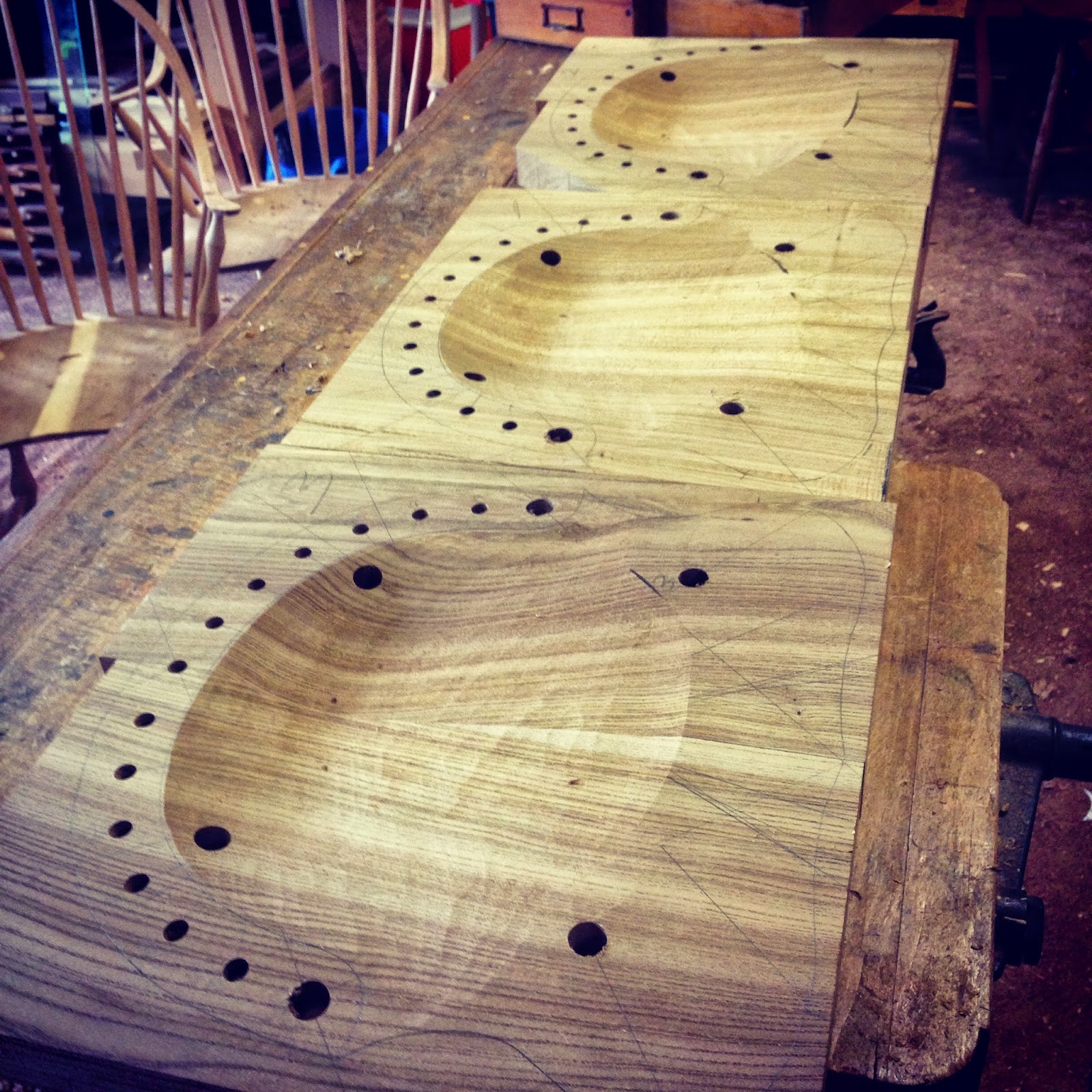 And now that the chairs are finished I'm burning the midnight oil to get three, ( yes 3 ) Continuous Arm Rocking Chairs finished before Xmas too. One has to go to Launceston ( Tasmania for my overseas friends ) too, so that is the priority chair at present. 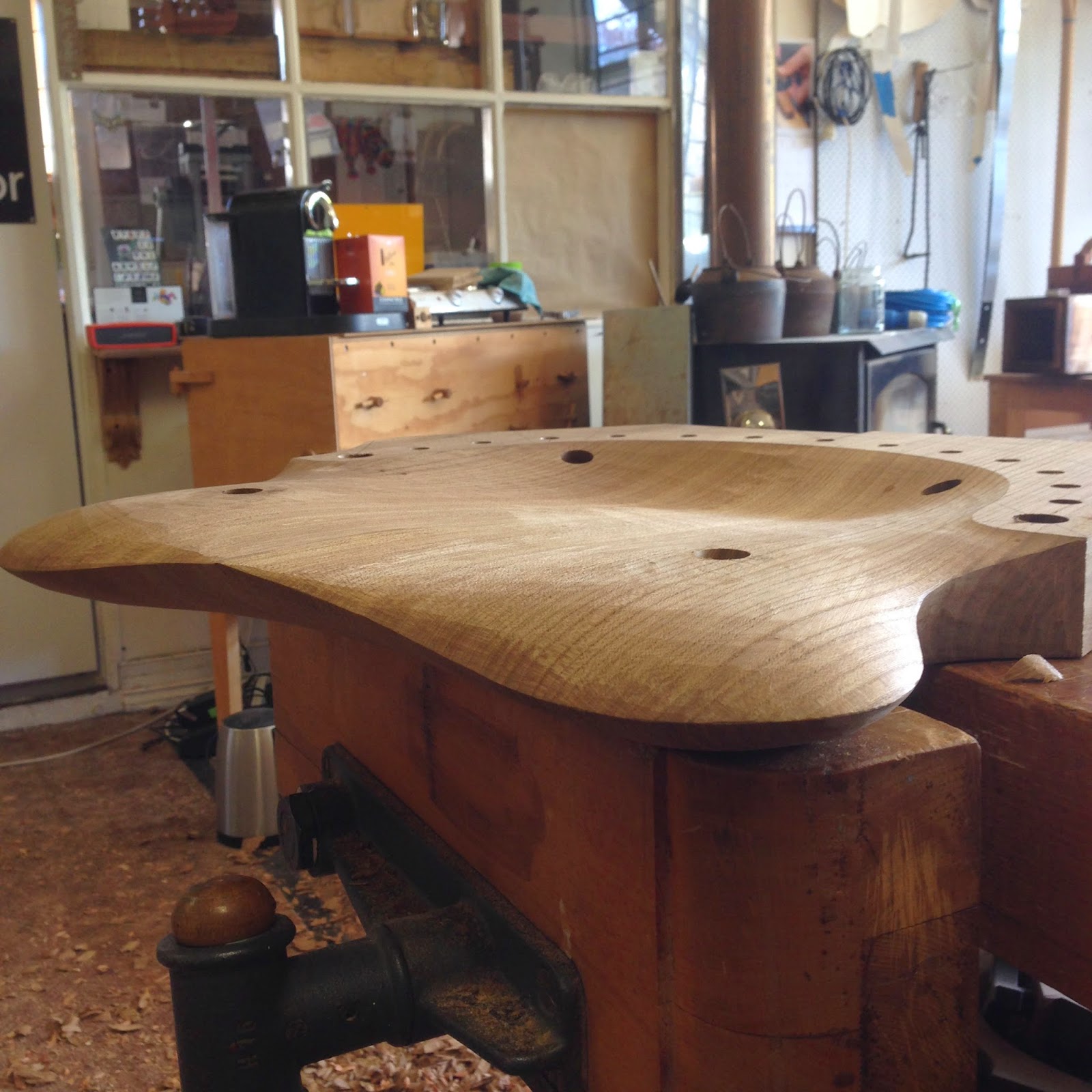 I may even take it over on the ferry myself! 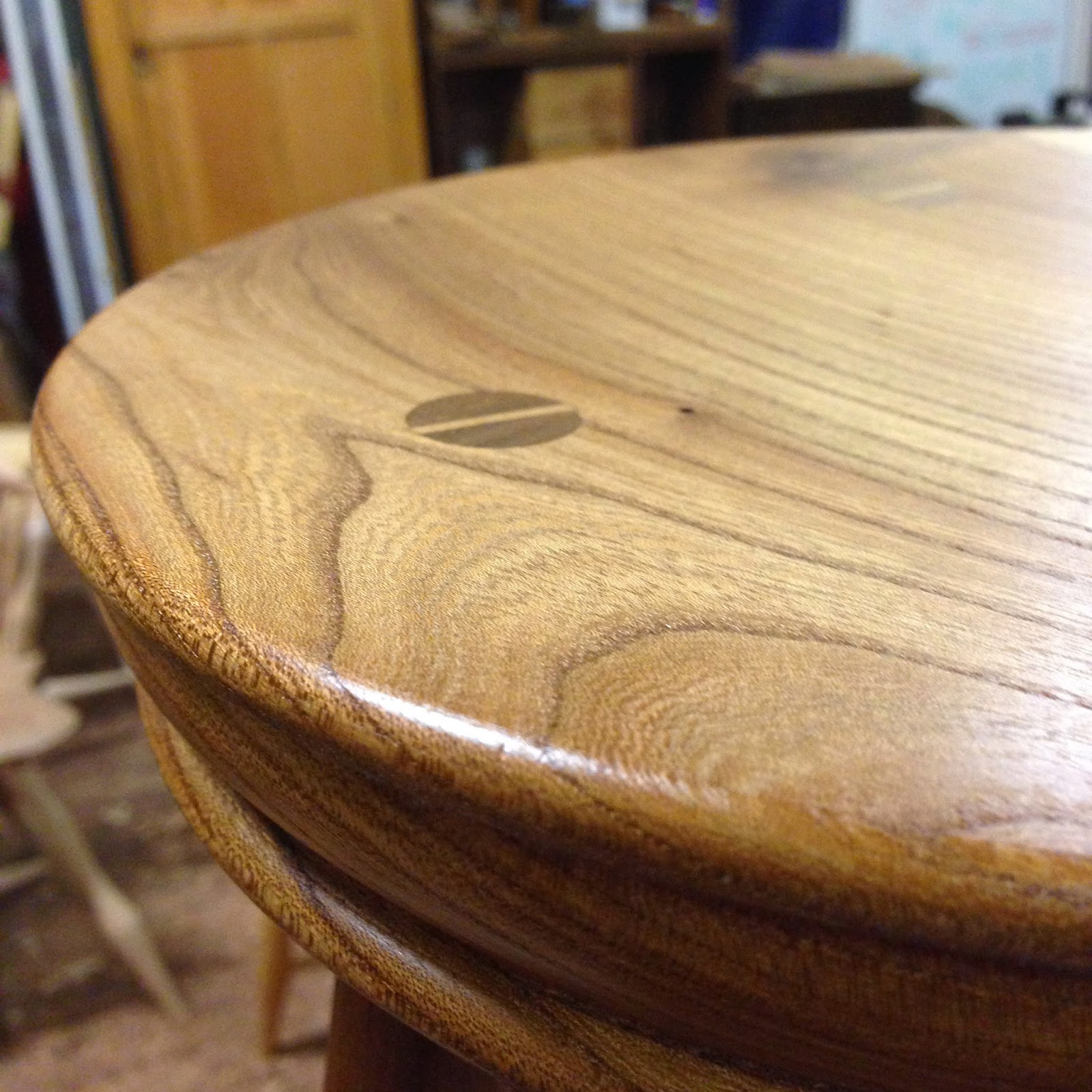 Then there's a little Elm Milking Stool I've made for a local fellow who kindly donated some axes to me from his late fathers collection. 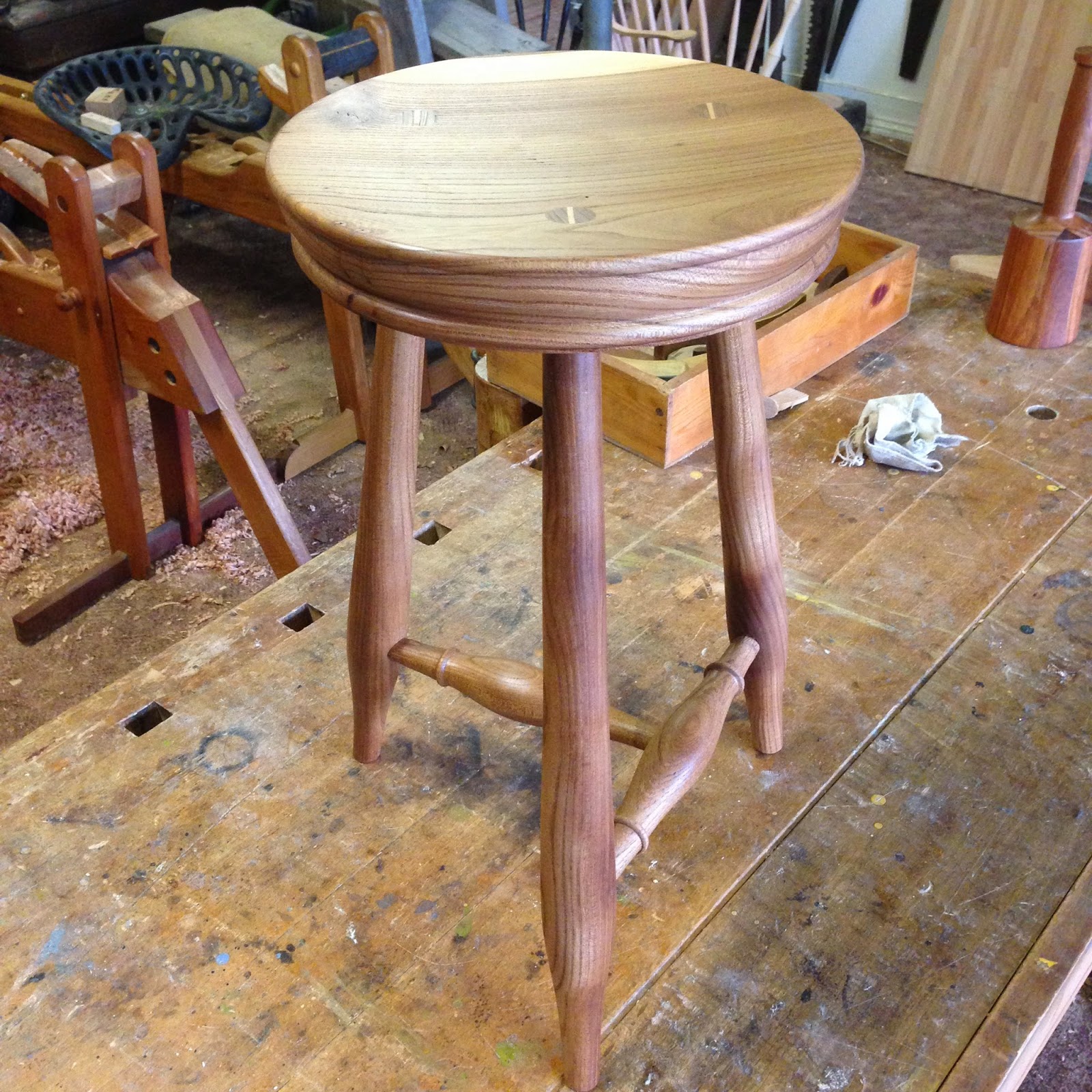 It was a fun little project, as it's all made on the lathe and I think a few may end up in the shop next year as a result.

An extra tall barstool for a graphic designer rounds out the chairs for this month, so there's plenty going on. Tomorrow its back to the house again and a trip to the city too, so I'm expecting a few late nights for the next few weeks!
Posted by Glen Rundell at 05:48 2 comments: