The Race To The Finish.

I've heard it said more times than I care to remember ( and repeated it myself once or twice ) that it's the last 10% of the project that takes the longest time. With chairs or furniture, this usually equates to the glueing/fixing together and the finishing, be it oil, shellac or even paint. But there remains the question of when is it actually finished? Its a subjective question in my books. 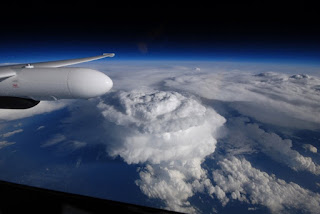 My workshop as seen from space. Thanks NASA.

Often during my chair making classes the hardest thing is keeping people away from sandpaper. In fact anyone who has taken a class with me will know that I have a decided dislike for the stuff except when it's absolutely necessary, which is rarely. But if I were to turn my back for a minute or care not, then I could usually guarantee that the workshop would be enveloped in cumulonimbus like cloud of sawdust quickly. But it doesn't end there. Sanding has the habit of going viral. Don't know if its the sound, the dust, the spluttered frantic blowing of dust off surfaces or all of the above, but once it gets loose, then everyone is doing it! Its Gangnam style all over again! Awful. 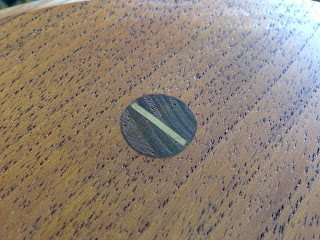 In reality I don't mind how anyone in particular finishes a piece of furniture. What disappoints me a little though is when a student has gone to great lengths to achieve crisp lines and detail with edged tools and in their excited hurry to attack the piece with sand paper, they not only remove that detail but proceed to round all edges to unrecognisable blobs. In fact I now have a single line that I generally recite at the 11th hour of all my chair classes, when all is glued trimmed and finished. That is, "It's now in your hands, take it and do with it as you please. Well done."  It's become sort of a mantra which absolves me of the association to any chair that may become round and lava like after it leaves the workshop.

Seriously though, there is a lot to consider when finishing a piece. What's appropriate and what is overkill? Who is in a position to dictate?  I have seen chairs which have combinations of elaborate timbers, ridiculously intricate carving, or layer upon layer of thick super shiny poly gloss finish. They may be beautiful in design but the finish or desire to make the piece so over the top has made the entire piece a failure. They cease to be 'considered' and end up almost like a caricature of what they should be.

Ultimately it's left to us, the individual, to make those choices. How much is enough, or too little, or what level of sheen - flat, matt, satin, semi gloss, full gloss etc etc. That's when we truly need to understand who we are as the maker and what is important to us. What do we want to convey? What does the piece dictate? Who is it for? What has been commissioned? All pertinent questions. No completely right answer.

Me? I make chairs for myself. The fact that some people also like them and choose to buy them from me is a bonus. Sure I make them to the clients specifications, but they're still for me and I find it disappointing when they leave the workshop. Perhaps that's why I write my name on them, so people will always know….. 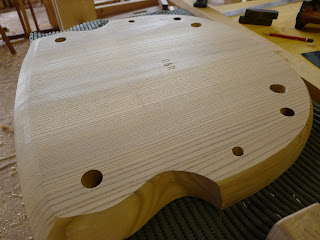 What level of finish do I personally prefer? It depends on the piece.

My love of windsor chairs, as I've mentioned before was born from childhood memories of staying in cattleman's huts, in Victoria's High Country,  amongst furniture of necessity. You know, simple seats and furniture, made with adzes, axes and drawknives. In fact the dwellings themselves were built in the very same manner and with the same tools. 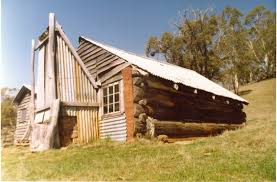 This very Hut, as a matter of fact….

They had inherent beauty. Not because they were refined, polished...... dare I say sanded? No, they were necessary and made to do a job as effectively as possible, with little fuss. Windsors resonate with me for the same reasons. Good joinery, no nails, screws or overly fancy details for the most part. Comfortable and strong and a world away from your fancy Chippendale stuff and the like.

So recently when someone asked me why I had left a Fanback Rocking Chair 'rough' on the crest rail and not refined it before I applied the finish, I had to take a good look at it for a second or two before I could reply honestly. I looked at it, considered it's finish and saw the exact same crest rail that I had been satisfied with months earlier when I was finished with it. It's overall shape was symmetrical, it had the obvious marks of the drawknife and spokeshave just where I remembered passing them over the Oak. In fact it was just as I wanted that crest to look,  on 'that' chair. 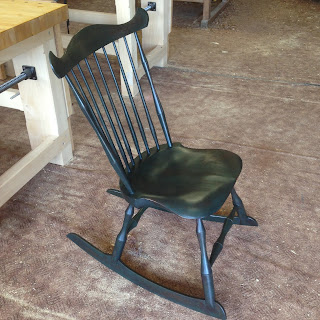 The little guy in question

A little rocking chair to sit on the verandah of my very old 1850's house. In fact I wanted that crest to look almost like I had riven or hewn it straight from the log, carved it swiftly and bent and manipulated it with sheer force onto the spindles and back posts which now held it to the chair. Indeed most of the traditional American style Windsor chairs I make will have defined tools marks in various places and or various parts. The saddle of the seat usually being the only exception and most often the only thing ever sanded. It's what I think those chairs call for. But that's me. 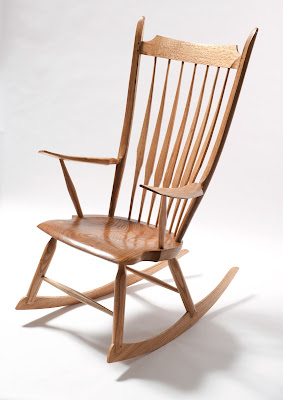 A Crested Rocker I made about 3 years ago.

However, when making a chair like the Crested Rocker I'm making at the moment, that's a different kettle of fish. It's a contemporary chair. Large, angular, full of crisp detail and interesting negative spaces. Its parts are defined and refined, scraped and sanded. It's what 'that chair' calls for and I think pays homage to the maker who designed it,  Peter Galbert, how he made the original and others like it and in this case, how he showed me to make it. But again that level of refinement is considered. It would be all to easy to go overboard and turn a bold, lithe chair into another rounded over mess.

What I'm trying to say is that we have to take responsibility for the way we construct and finish the pieces we make. We also need to understand how they should be finished and strive to strike that balance of what's important to us as the maker but also what befits what we have made.

Be confident in the level of finish and refinement of your workpiece, take the time to consider what the piece calls for. Every piece will probably be different or at least should well be. 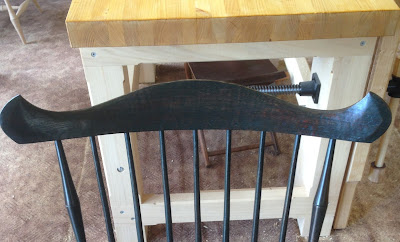 Don't be in a hurry to force that last 10% or race to the finish line, but also know when enough is enough. Ultimately, make the piece for yourself, let it speak of who you are and why you made it that way, if you stick true to that, all the rest should fall neatly into place.

Posted by Glen Rundell at 03:07 No comments: