Where we left off…….

I wouldn't know where to begin if I tried to recap the last 10 months or so since my last post here. There's been another Lost Trades Fair, a bunch of classes, a few chairs here and there and lots of progression on the house. In fact for those who are unaware we have been living in Pineville since early March. 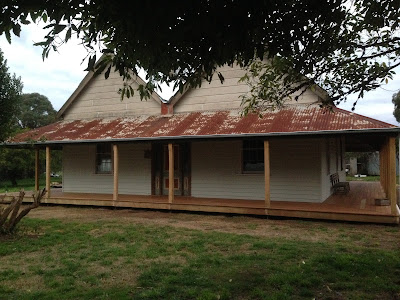 Verandah made a huge difference.

I'll be the first to admit that the infamous Instagram has been the reason for the non existent action here, but love it or hate it ( and to be honest I'm indifferent about it now ) it's an easy and relatively quick way to convey pictures. But there's a whole range of associated baggage that comes with it. A lot of that is beyond your control, it's not an option. And that I'm afraid is why I jumped ship. Sure I'll throw a pic or two on there some time in the future, but it does not allow me to convey the information I like and the reality is you end up devoting a lot more time to it than you first might think.

So rather than a blow by blow account since January, I'll jump straight into what's happening in the workshop now. The other pieces should fall into place as we go. 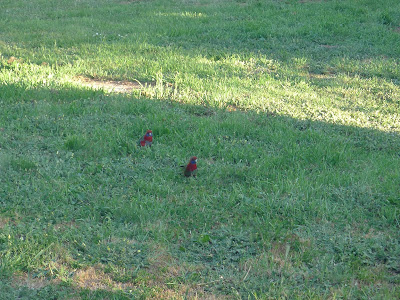 These guys ( and 20 of their mates ) visit every morning outside the kitchen window. 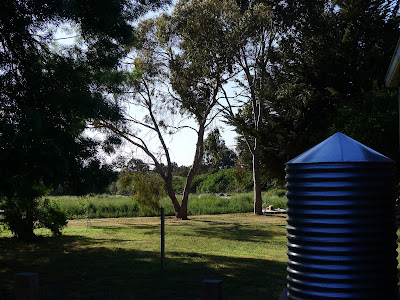 View from the deck outside the kitchen

With Spring almost fully sprung, the light in the morning at home and in the workshop, is casting a slightly different shadow. In a few days Summer will be upon us and no doubt just as I've longed for the weather to be a little warmer of late, I'll be pining for the cold before long too. 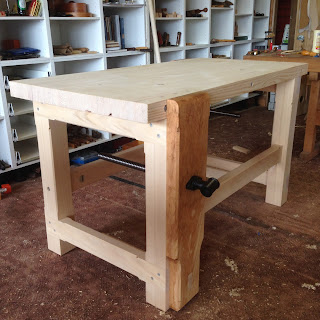 New cupboard and drawer carcasses behind one of the 3 new benches.

The workshop will look a little different than the last time it was shown here. We have slowly but surely been building new benches, shave horses and installing new cupboards too. So while the shell of the old place is just the same, it's certainly getting more user friendly inside. It all points towards the space being more effective for my use, but also being more versatile for the range of other classes we run there, such as the Coopered Wooden Bucket Class this Saturday.

The cupboard carcasses went in a few months ago. They were an essential part of the process of organising this space. A lot of stuff, tools included had been 'floor hung' prior to that and we were getting to the point of critical mass! But they won't look like this forever. In the coming months the intention is to make solid Blackwood panelled doors and drawer fronts for the lot. This should keep things dust free and also add a little character to the not so pretty white melamine. 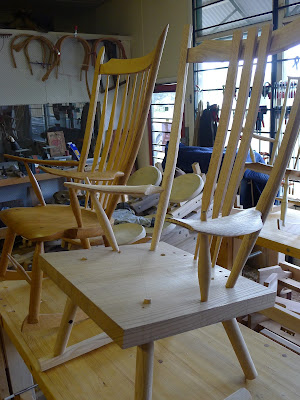 On the bench at the moment I have a Crested Rocker in progress. I've put about 2 full days into it so far, milling, bending parts and doing the initial joinery. The upper and under carriage is Pin Oak
( Quercus Palustrus ) and the seat locally grown English Elm ( Ulmus Procera ).
I have previously tried to use one piece Elm seats for these big rocking chairs, but this time I've book matched a stunning piece of quarter sawn Elm for the piece. 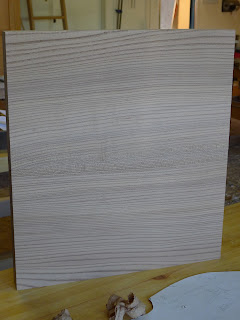 The colour variation in this flitch was stunning as was the radial growth ring pattern. It will be a much more beautiful seat when carved than say a rift or back sawn single piece seat.

As with the majority of my rocking chair commissions, this one is heading to Melbourne for an expectant new mum. There's no doubt when making rocking chairs for new Mums ( or Dads ) that you know your chair will be fully appreciated and loved. Especially at 3am feeding times! 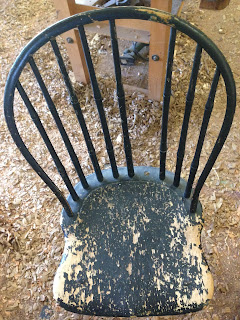 There's been a familiar presence in the workshop for some time too that will be heading back home next week. This old American balloon back Windsor was bought in for a repair about........ well lets just say a long time ago. But the owner did say she wasn't in any hurry! It was bought home from the States and during the trip was successfully crushed by the shipping company, smashing the crest rail in 3 places, destroying one of the spindles and splitting another. Now normally I run a mile from any chair repair, quite honestly because 99% were not made properly in the first place and..... well they aren't Windsor chairs. But this was and so I agreed to fix it.

There were a few differences in this chair to the chairs I make. Mostly to do with the spindles. My chairs have riven spindles shaped by hand with drawknife and spokeshave at the shavehorse. They are fitted straight into a matching sized stopped mortise in the seat. Usually 12mm ( just under 1/2" ). This old girl has turned spindles with 'nodes' in two places. The spindles are also shouldered at the seat, with that shoulder being pared parallel to the seat. Interesting stuff and a level of joinery that I wouldn't necessarily say was common in chairs of this age. ( might be wrong? ) It had a whole lifetime and then some, of layers of paint all over it. For sure there was green, white and possibly even cream under the black. Not nice, thin layers of milk paint either. Heavy, thick and no doubt lead based stuff here and so thick that most the detail, such as the beading on the steam bent bow was almost invisible. 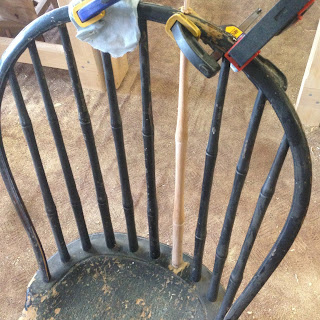 A new spindle was turned from dead straight and dry Beech with a stepped tenon at its base. It was a stretch ( literally ) to prize the crest open enough to slip the new spindle into the old mortise through the crest, but it seated beautifully and a wedge was driven in to finish the job. A trim and shave and three coats of Black milk paint made it look the part, but the finishing touch was a brush coat of button shellac, which matched the original muddy black of the spindles around it. 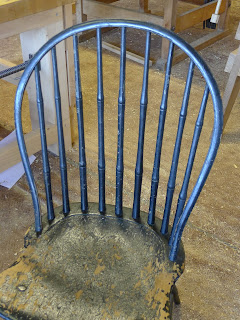 It will be sad to see it go as I've pondered the shape and geometry of that chair often, but I've also traced a few patterns off it too, so it may appear in another guise soon.

With another two chair orders literally coming in last night it promises to be a busy time leading to Xmas. We have a Perch, Fanback side chair and Shaker Oval Box Classes in there too. Then there's a bit of stuff around the house to talk about also. It's good to be back.