It's frustrating not getting much time in the workshop. Amplified when I look at Instagram on a daily basis and see dozens of people busily working away at every thing from making furniture to building boats. But, I have to keep reminding myself of some priorities. Number one is putting a decent roof over my families head. Not to say that we don't have one at the moment, but this shoebox at the back of our shop ( about 5 squares ) is starting to wear a little thin after more than two years. This house will mean a big difference to our quality of life I'm sure. Just as it would have to William 'Pepper' Wright when he built it. 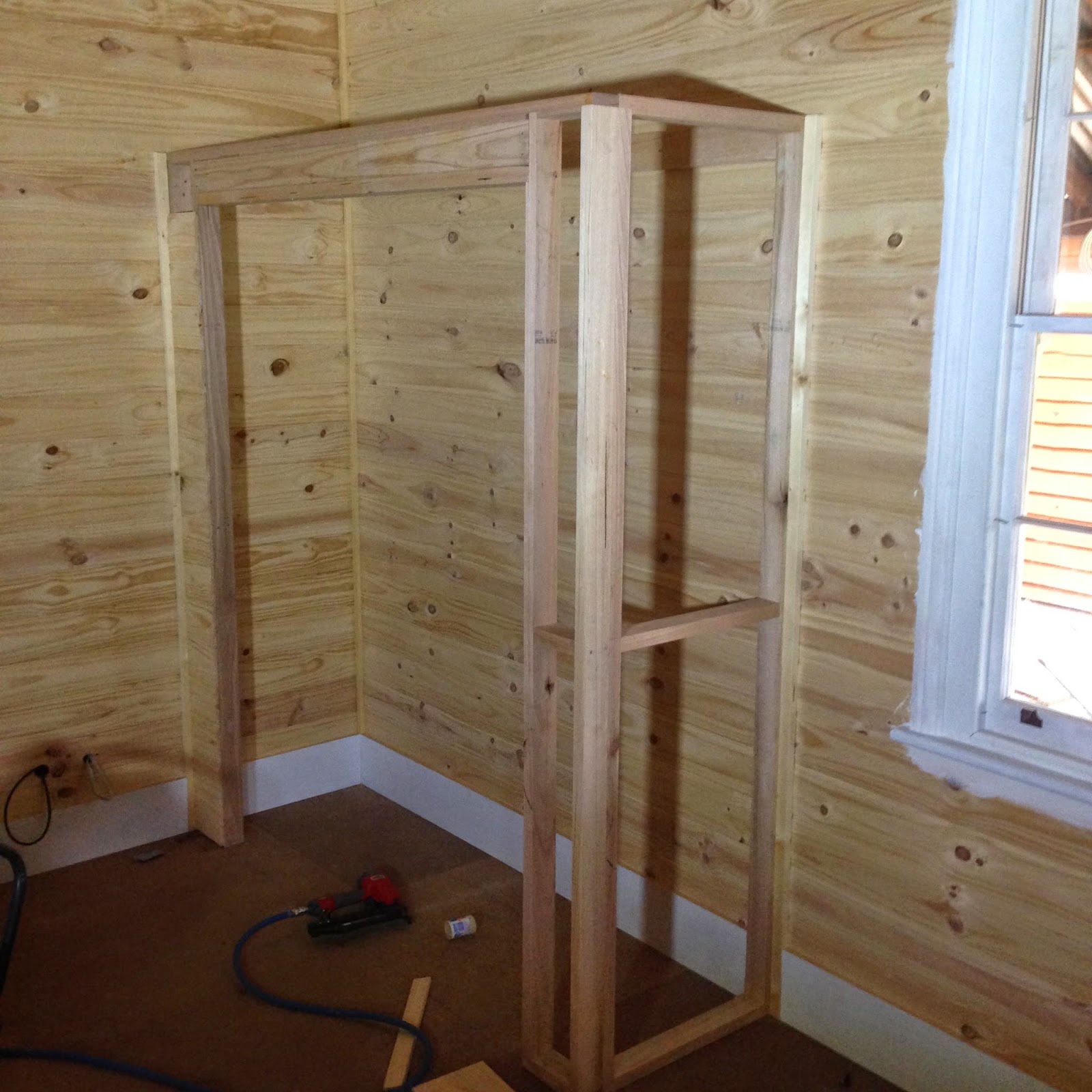 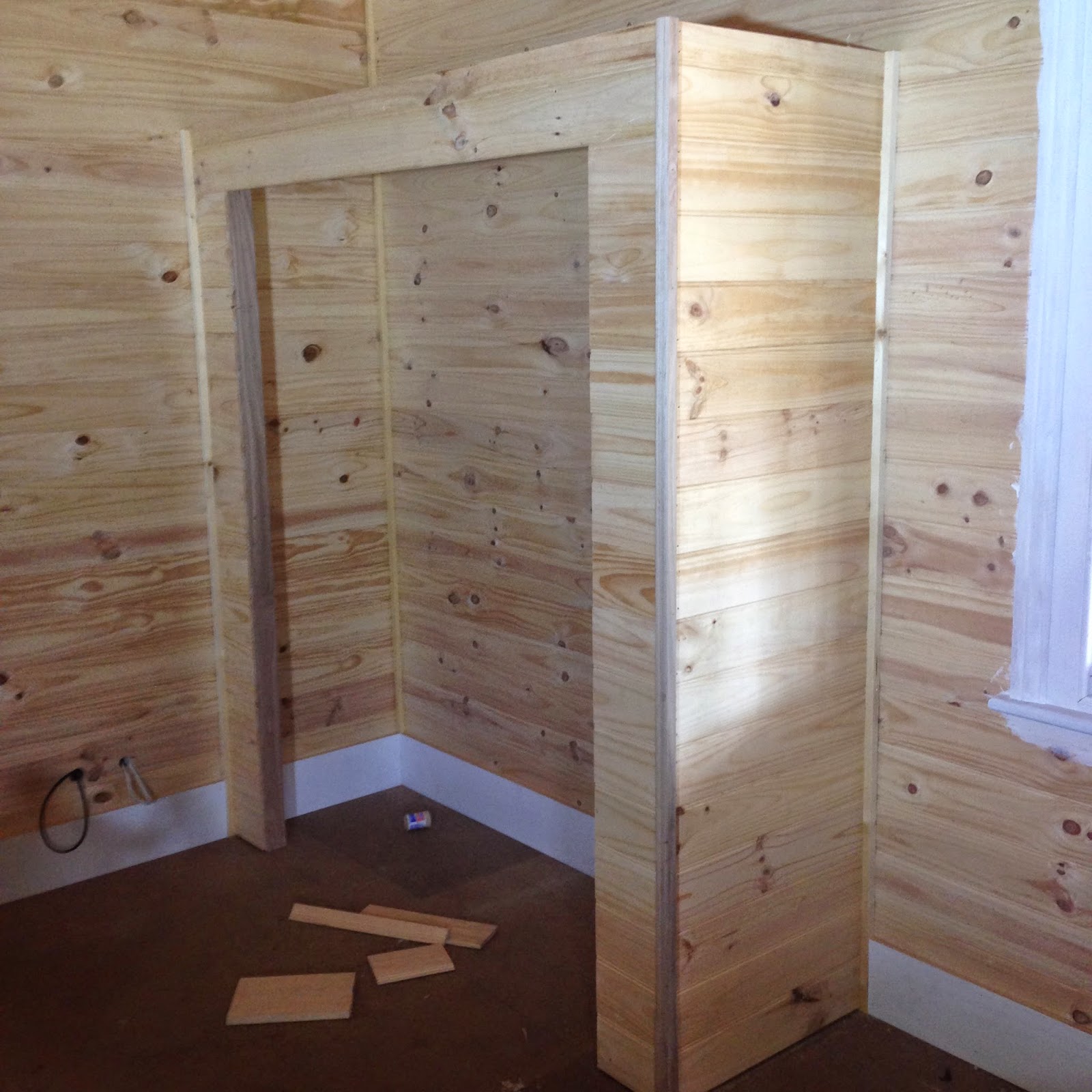 Final details are taking shape. Building a built in wardrobe in the Master Bedroom. 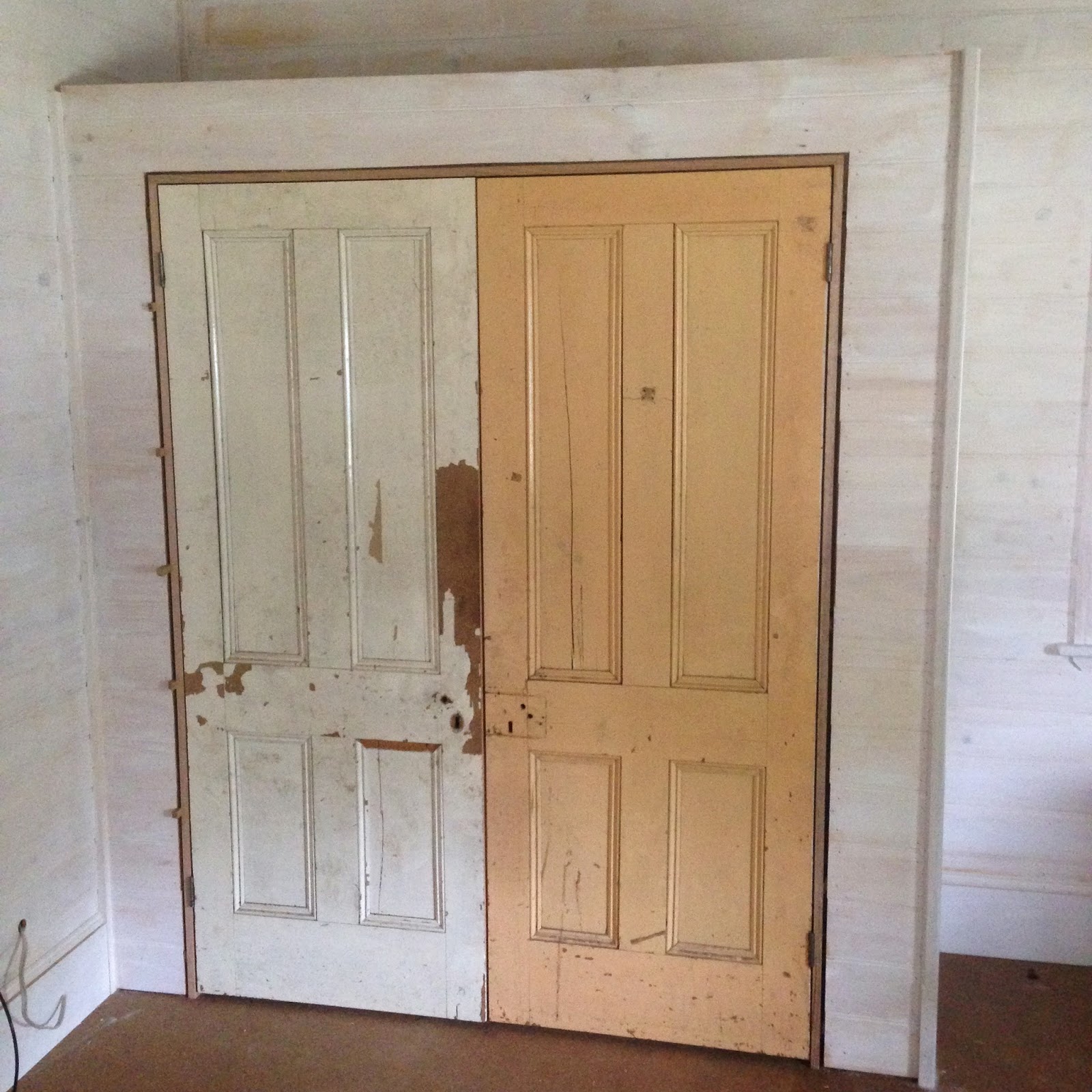 The old doors are originals from the house. Unfortunately damaged and multi coloured, they'll be restored and finished a little later down the track. 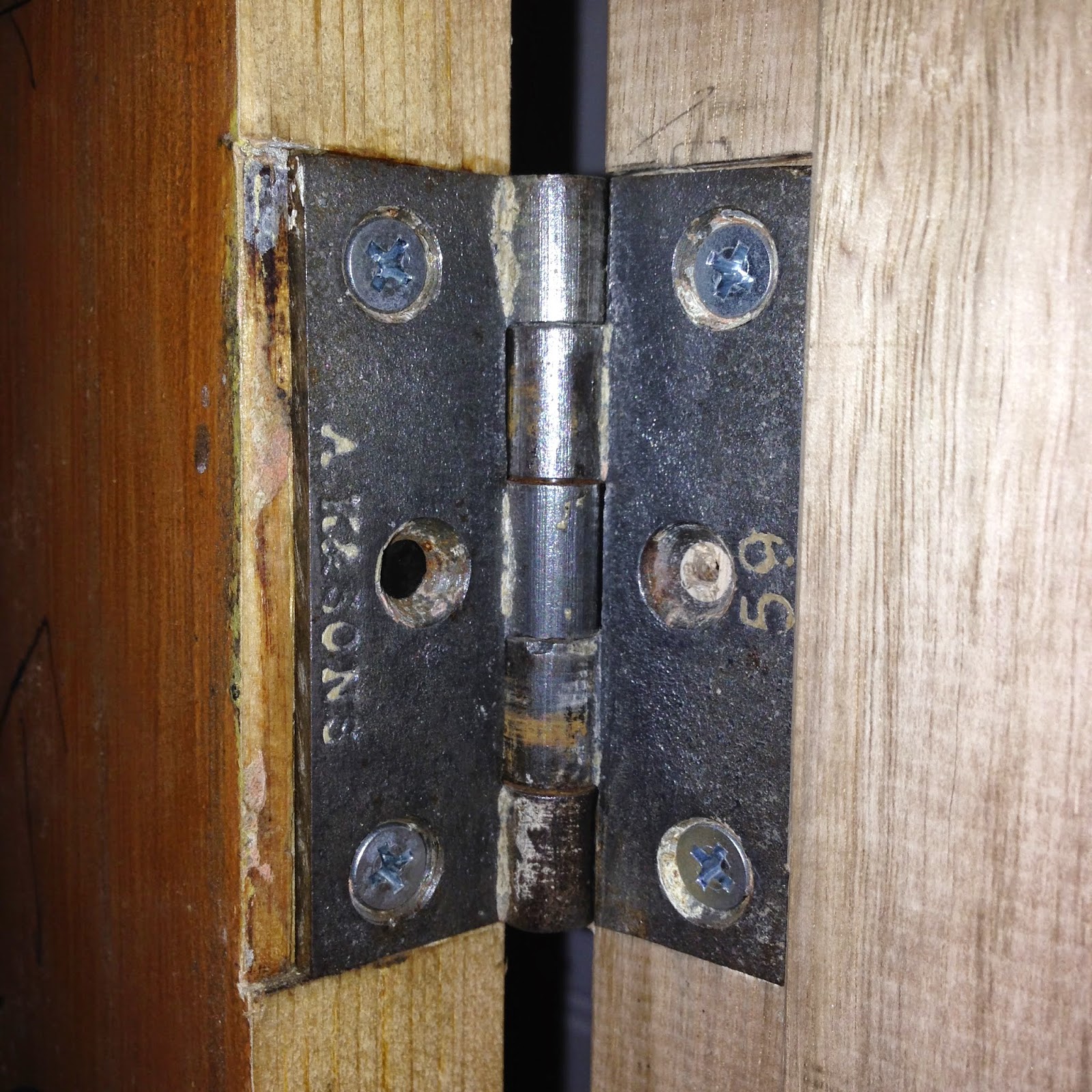 Importantly the cast iron hinges, original to the doors were in good order and only needed a bit of a clean up. They've been re-used and the phillips head screws will be replaced with steel slot screws when the doors are taken off to restore them. A K & Sons is Archibald Kendrick and Son who were a huge Ironmongery in West Bromich. Founded in the mid 1700's they finished casting hinges like these around the mid 1880's, moving to pressed steel. On the rear is '3in' for the length of the hinge. I figuring that perhaps 59 may be the abbreviated year of manufacture? If anyone knows any different, I'd be grateful to hear about it. 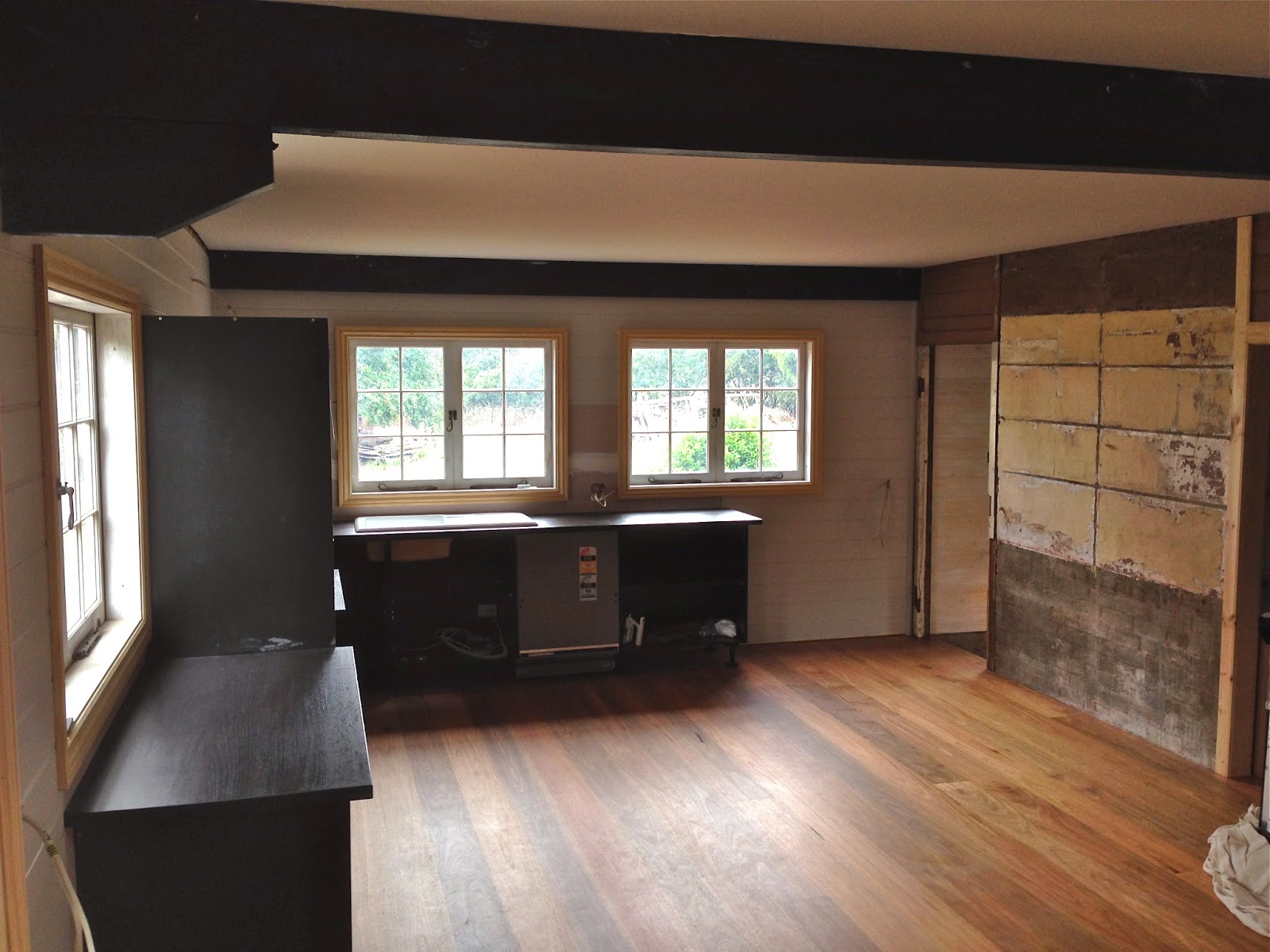 We've also been busy in the kitchen too, the spotted gum floor boards are polished, we've installed the custom black carcasses and I've made, painted and oiled the Belgian Oak bench tops too. 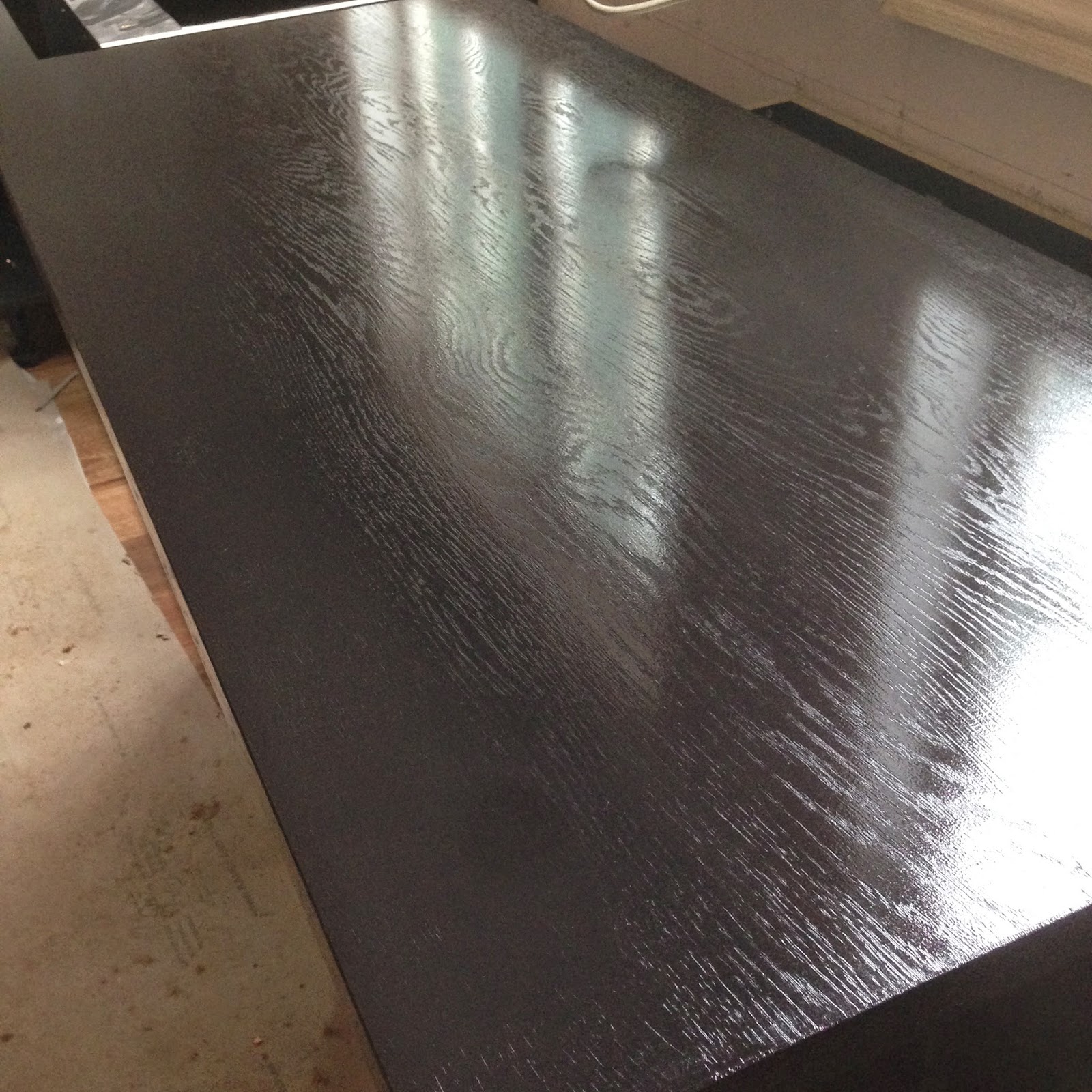 It all looks very black at present, but the cupboard doors should fix that. 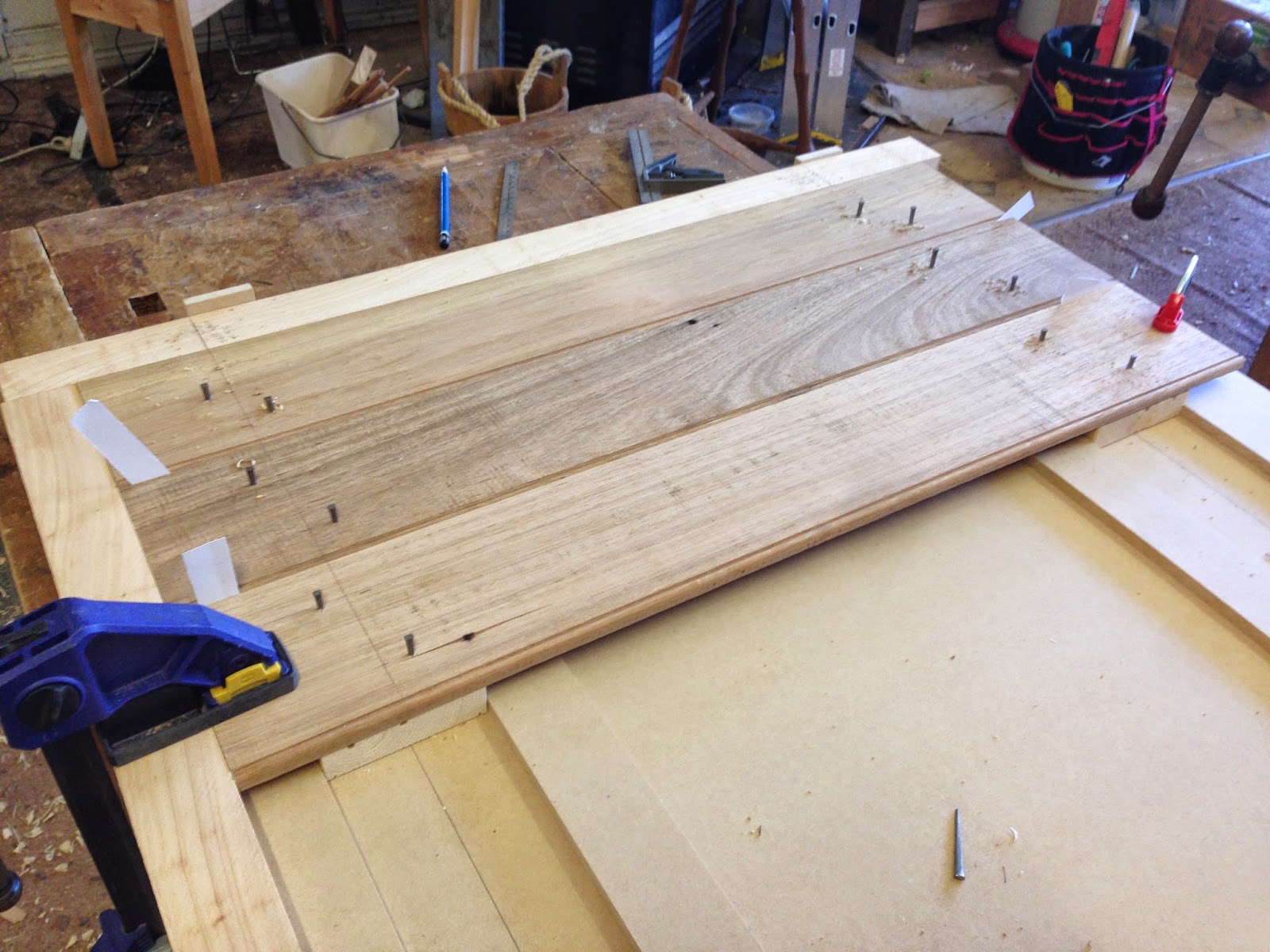 They are made from the original internal wall clapboards, which used to have hessian and wallpaper fixed to them. Planed and thicknessed, I've made them in the same fashion that the original surviving kitchen cupboard doors were made. That is they have batons fixed to the back by means of cut nails, clinched over in the traditional manner. 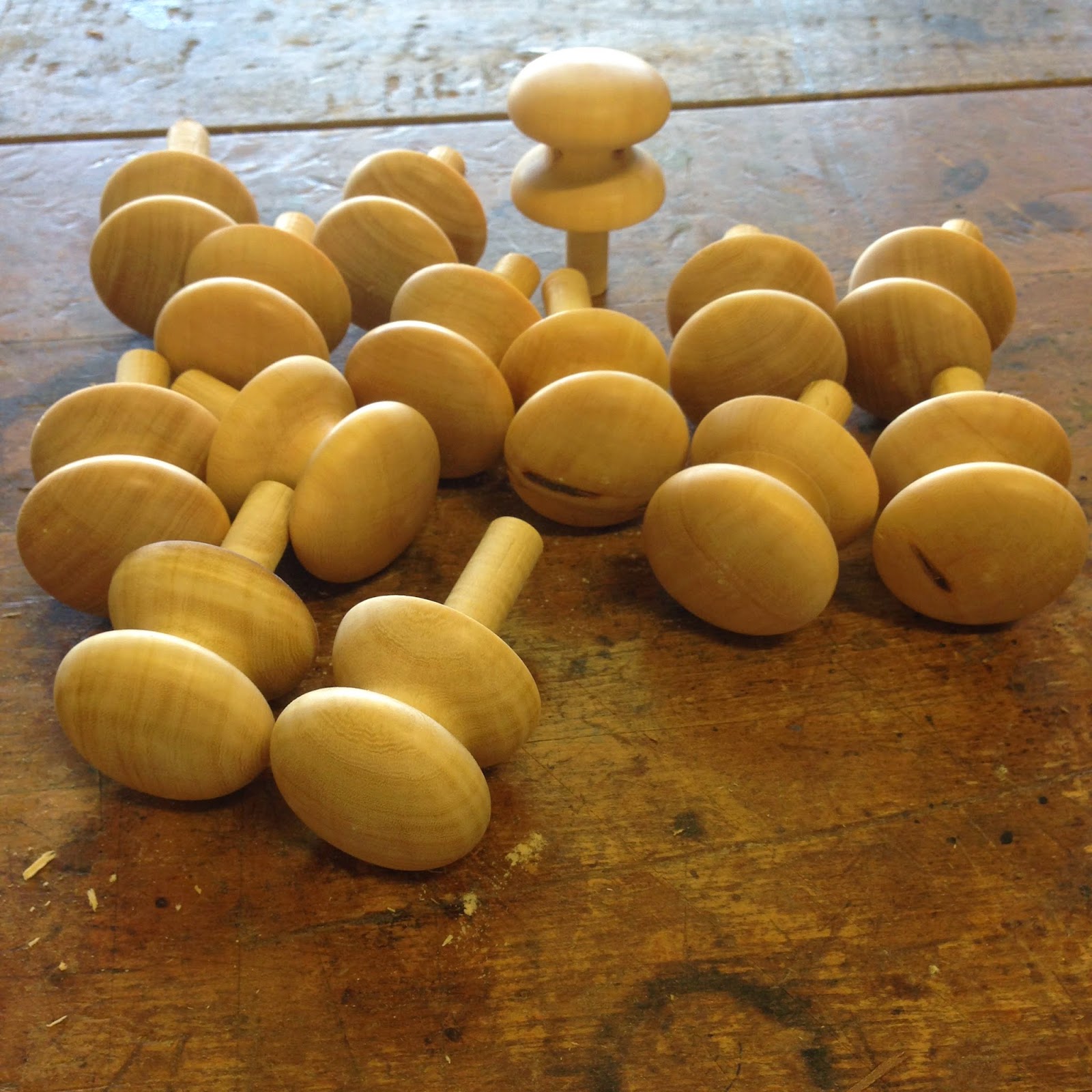 I've also copied the only handle left, which had not been replaced ( probably during the 60's or 70's ) from the drawer. I hand turned them from Huon Pine, which will turn a rich honey colour after a few years. 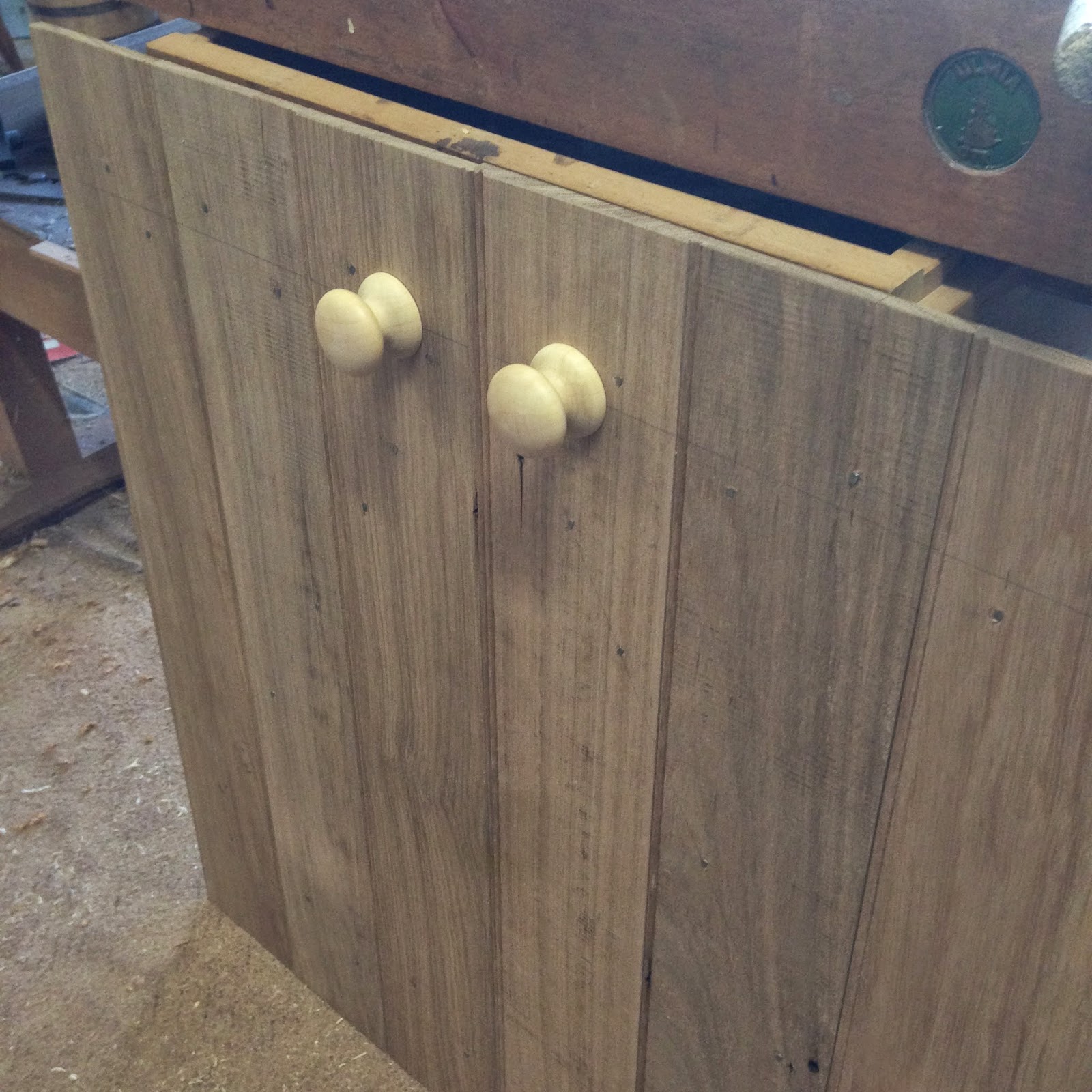 Here they are fitted to the doors and ready for sanding and oiling and fitting to the carcasses. They are simple I know. But that's what I believe this house needs. It is a simple house now and it was when it was built. Sure there are rooms that show the house had impressive elements in it's day, but those elements were in the main part of the house, in the sitting rooms and bedrooms, where there are marbled fireplace mantels and hand painted wall papers.

Not so in the laundry and kitchen. These rooms have bare brickwork and simple painted wooden lining boards, just as utilitarian rooms did in those days. After all, these were the rooms for the hired help,  scullery maids and the like. And so that is the styling cue we have followed. I think it will come up well.

So I think we should be in the house in about 4-5 weeks, after that it's full steam ahead to the Lost Trades Fair, but that's secondary at the moment. Family comes first.