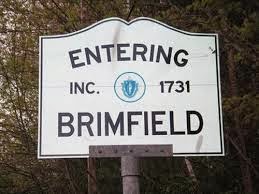 Just over an hour West of Boston is the smallish town of Brimfield. It's the usual quiet New England style of place, with a big white weatherboard church and the like....... except on the day Pete and I arrived. Where the place is transformed into the biggest antique market in the US, with over 5000 dealers spread over a mile and about 80 acres of field. And they run it 3 times a year.

I've been to a lot of garage sales, flea markets, car boot sales and antique fairs back home, but really, this was crazy. By the time we had walked around for a few hours and had to sit down to the best pulled pork roll I've ever eaten, I reckon we would have been lucky to have perhaps seen 5% of it. If that.

It was insane. In fact I had sort of given up by then too. In the sense that the more cool stuff I saw the more it frustrated me that I was in no position to get it home! .... But here's a snapshot or two. 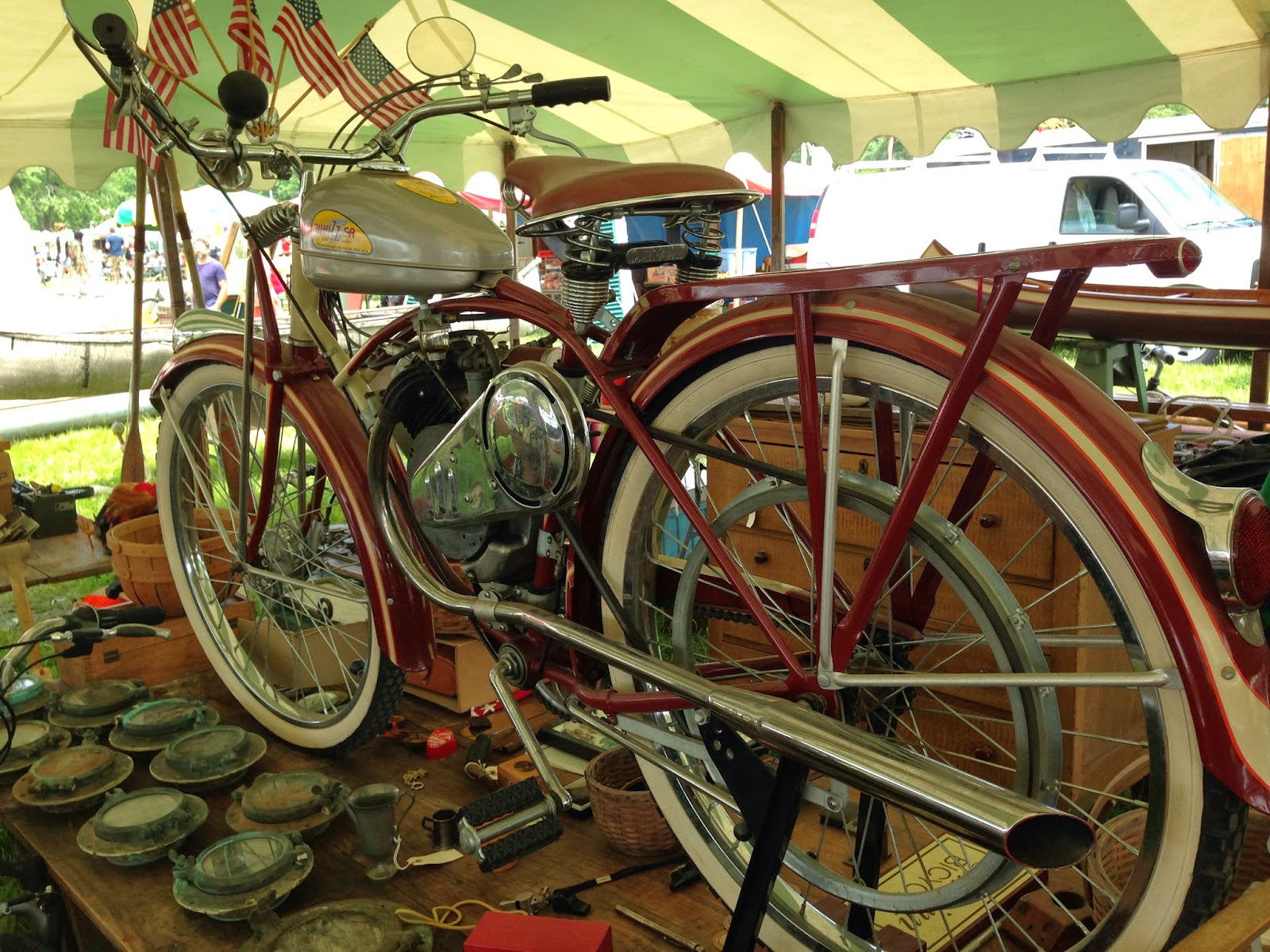 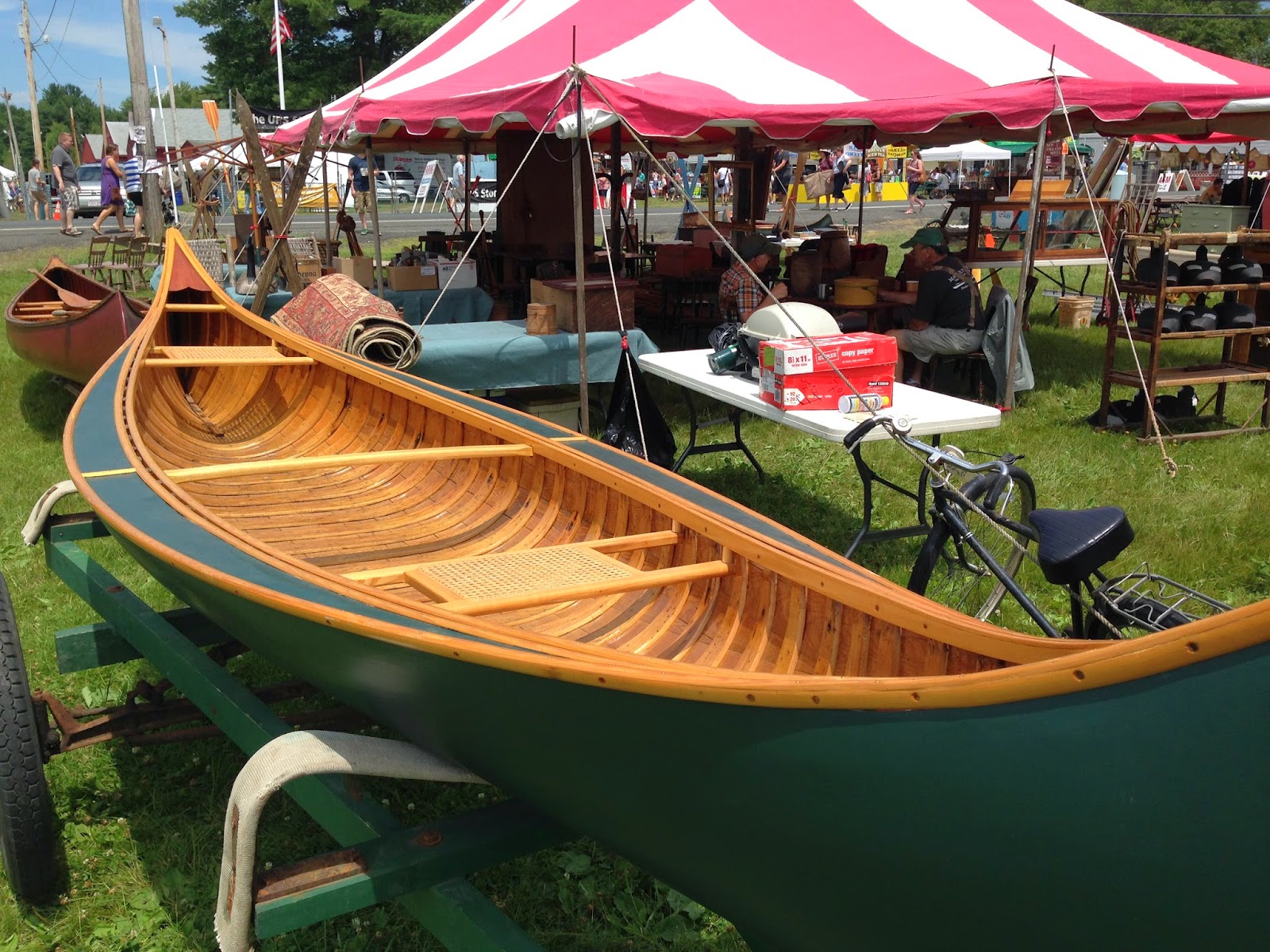 Or paddling down the Campaspe River in this..... 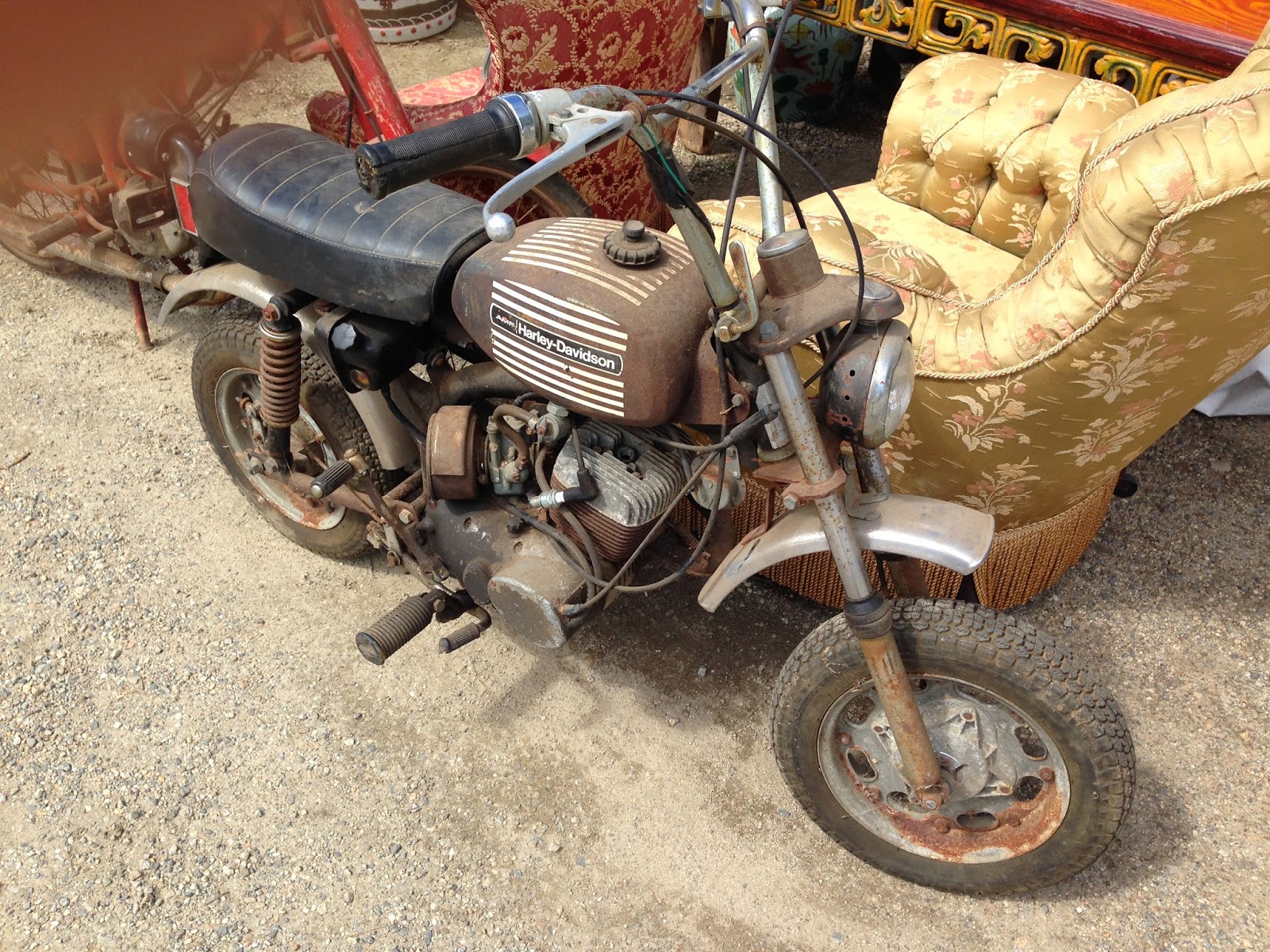 Yes this is really the only Harley Davidson I've ever really wanted.... 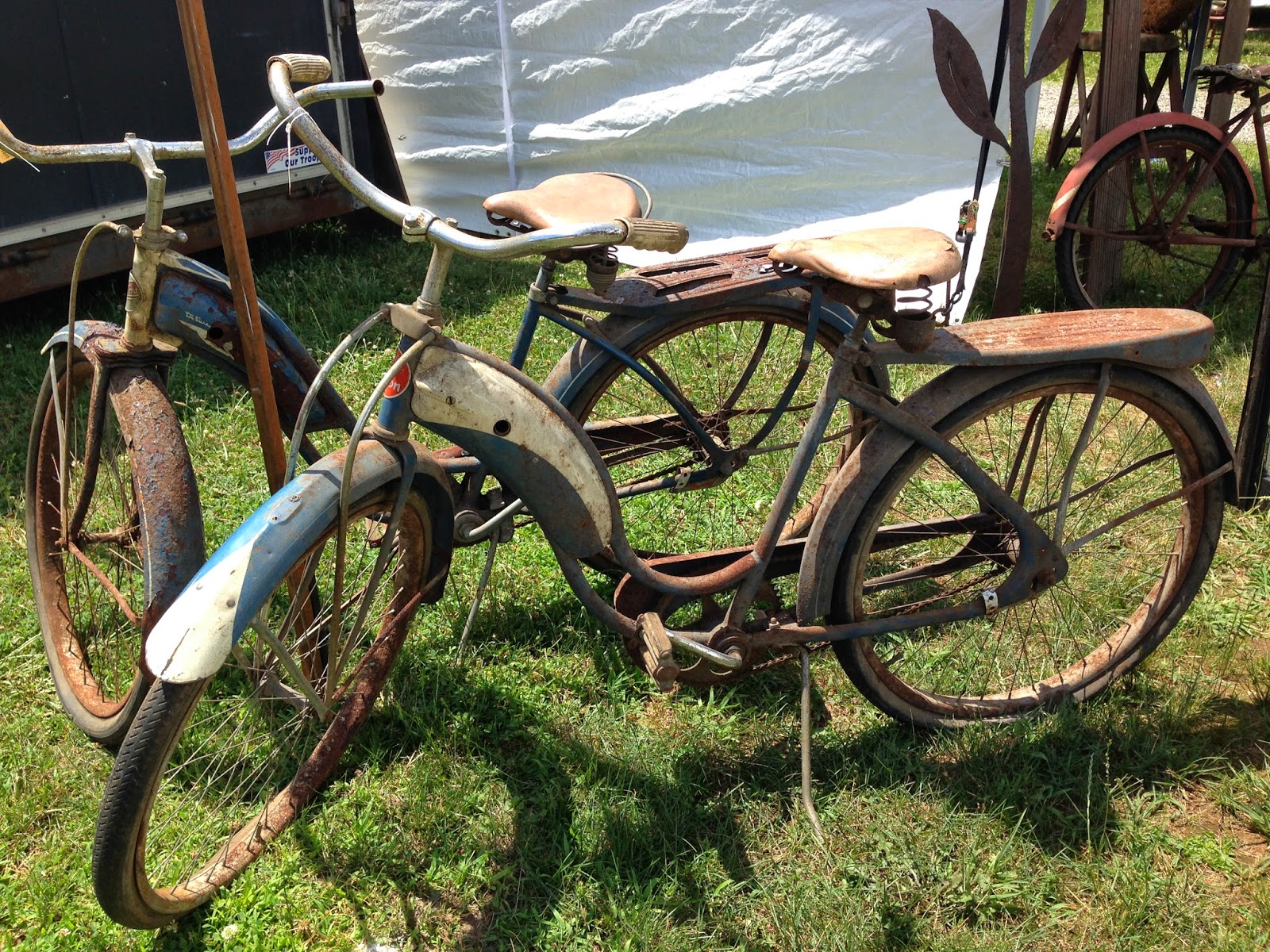 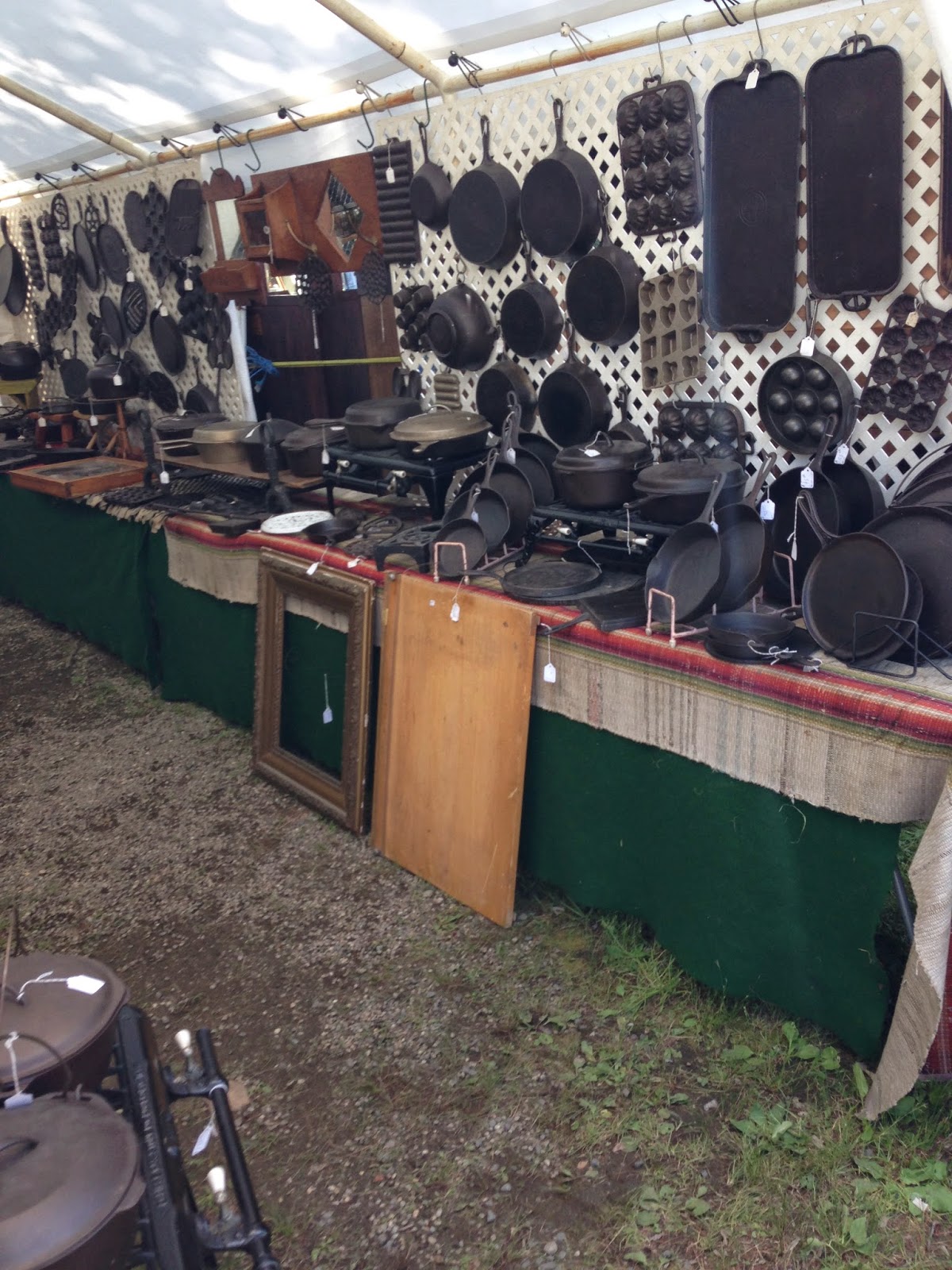 Cast Iron Sir? How many ton would you like? 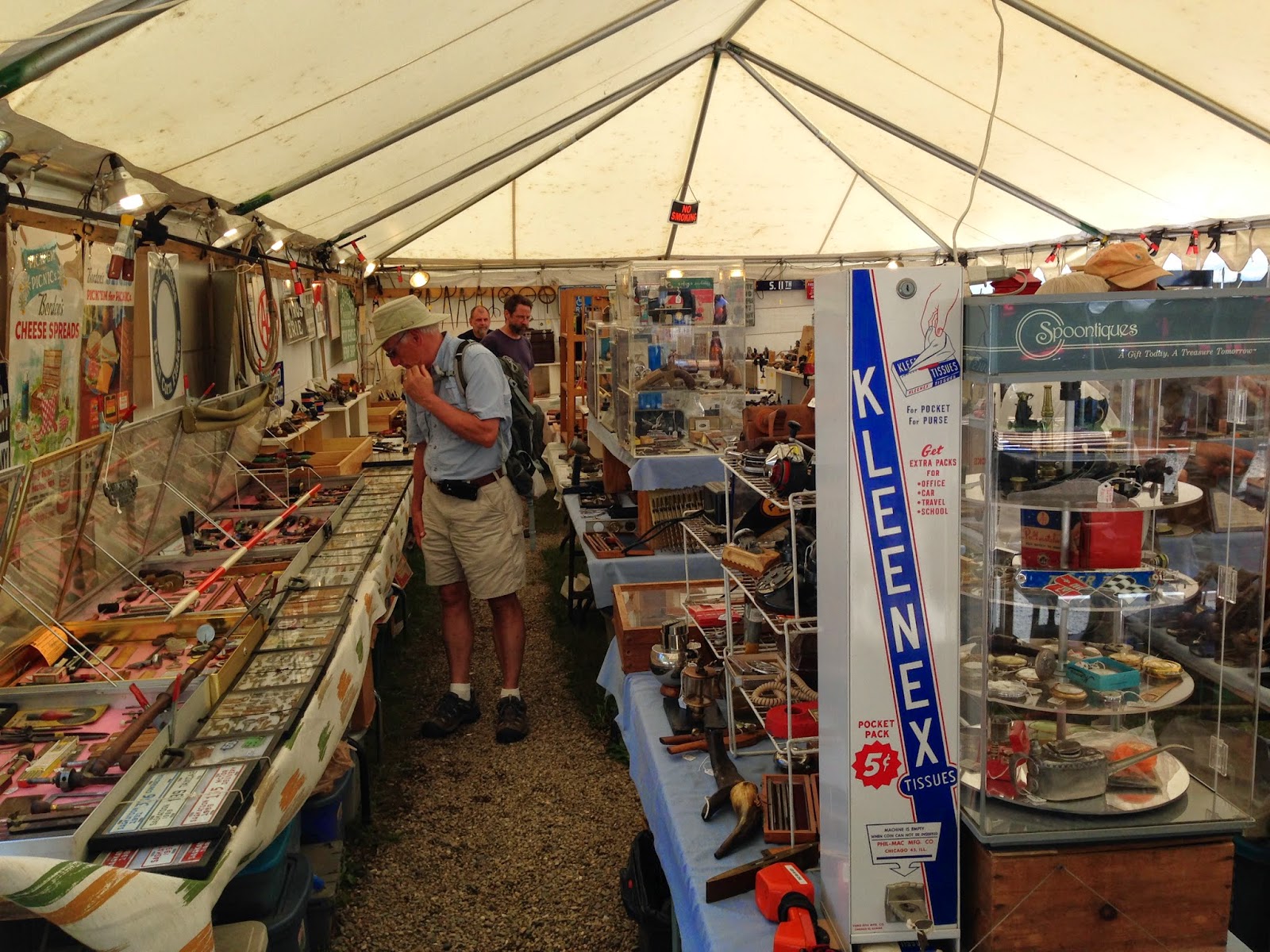 This guy had the pick of the tool selling tents we saw... and the highest prices too, but the range and quality were astonishing…. this was one of 3 isles. 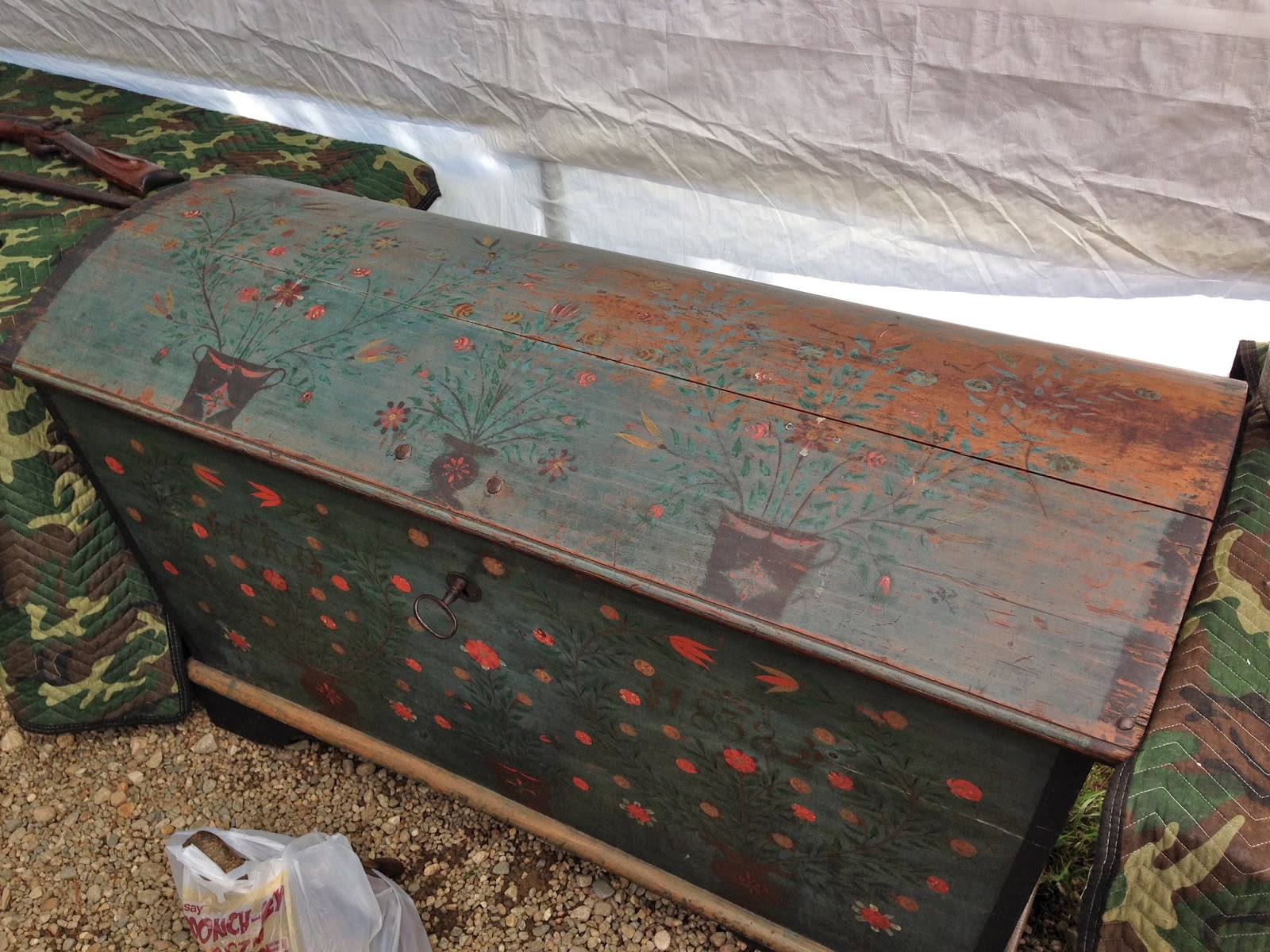 By far one of the highlights and there were many, was this dovetailed chest with a coopered lid. 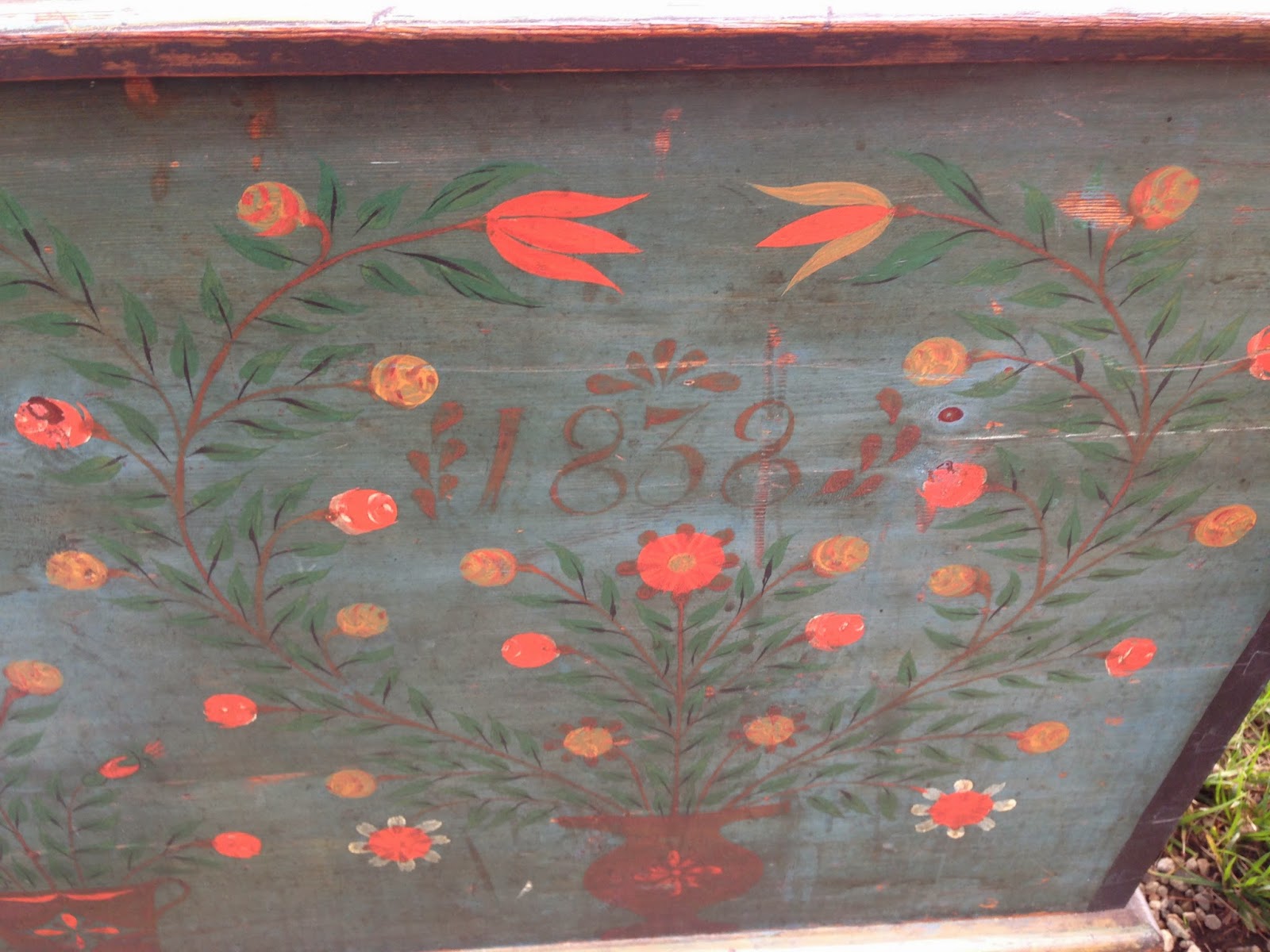 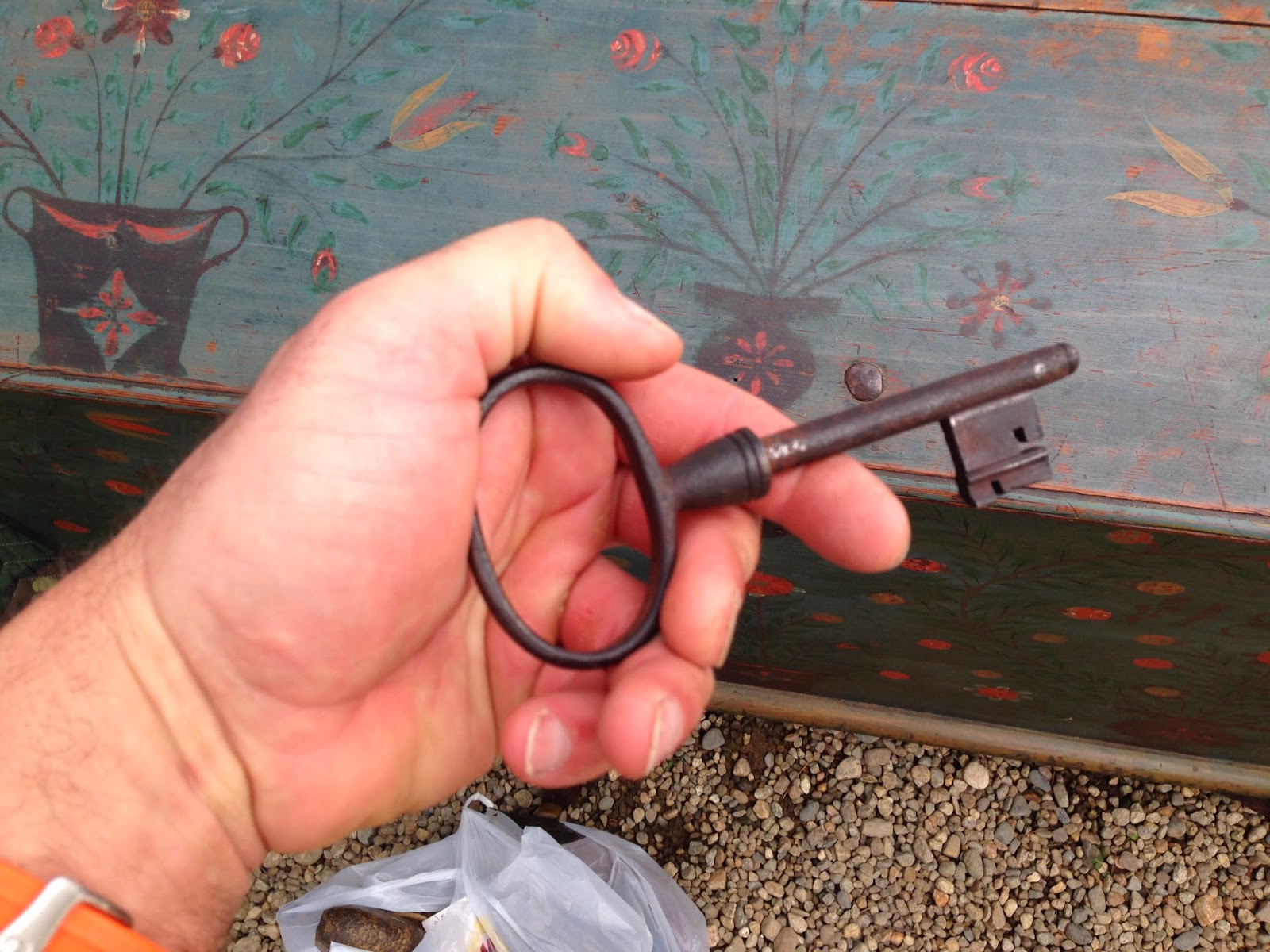 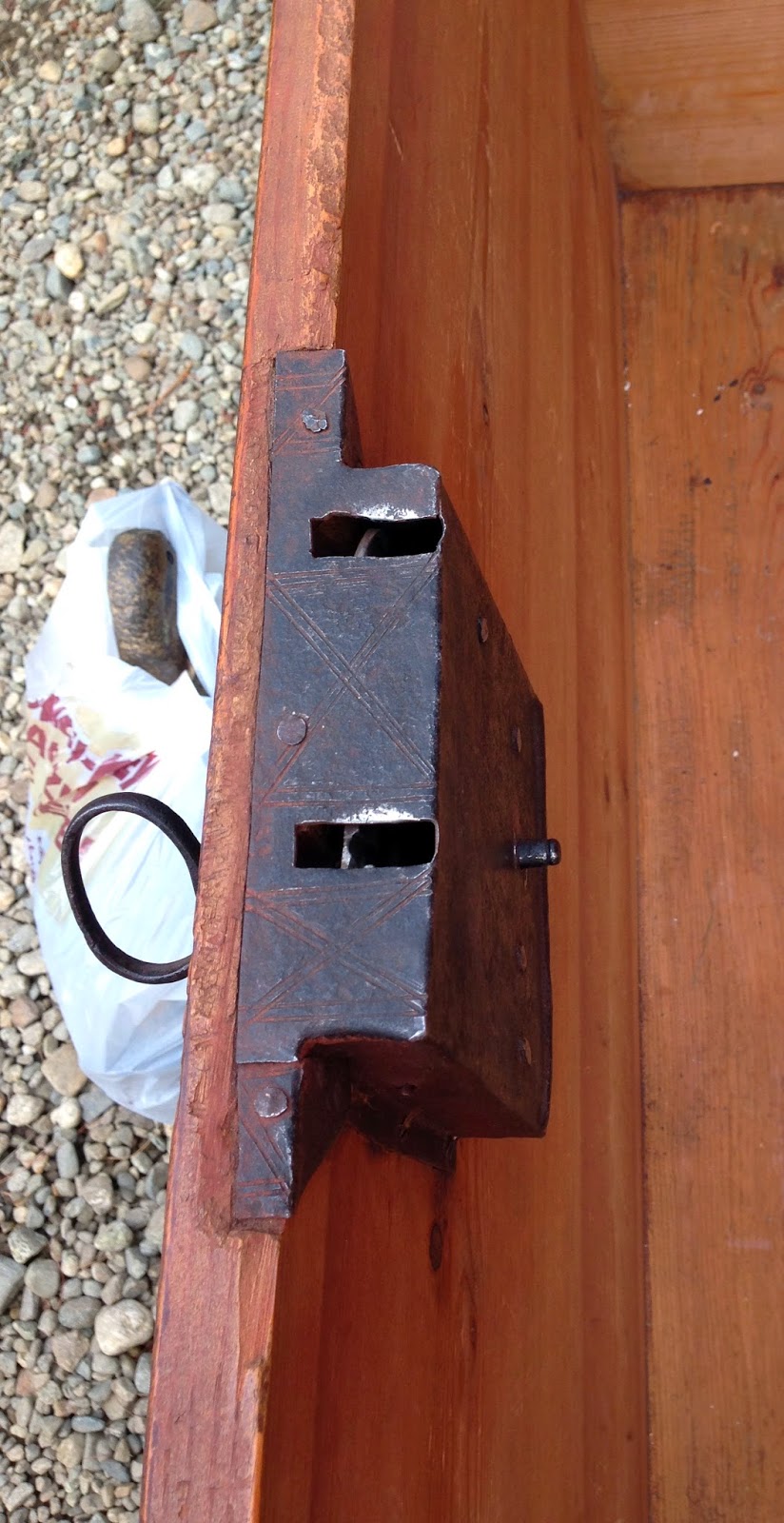 As clearly painted on the front it was made around 1838, dovetailed, beautifully painted and had a handmade lock and key. Stunning piece.

So did I pick anything up? Silly question really. 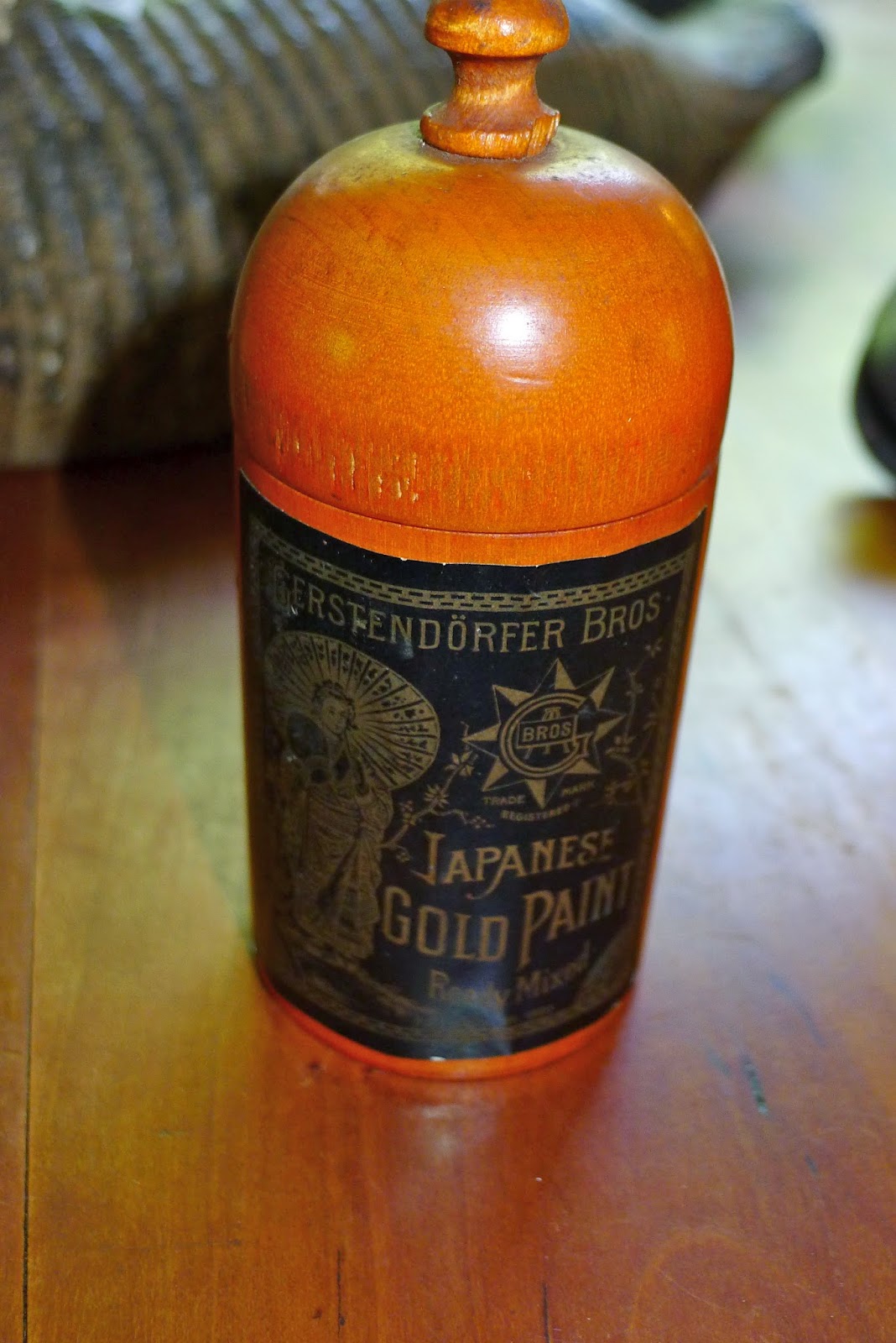 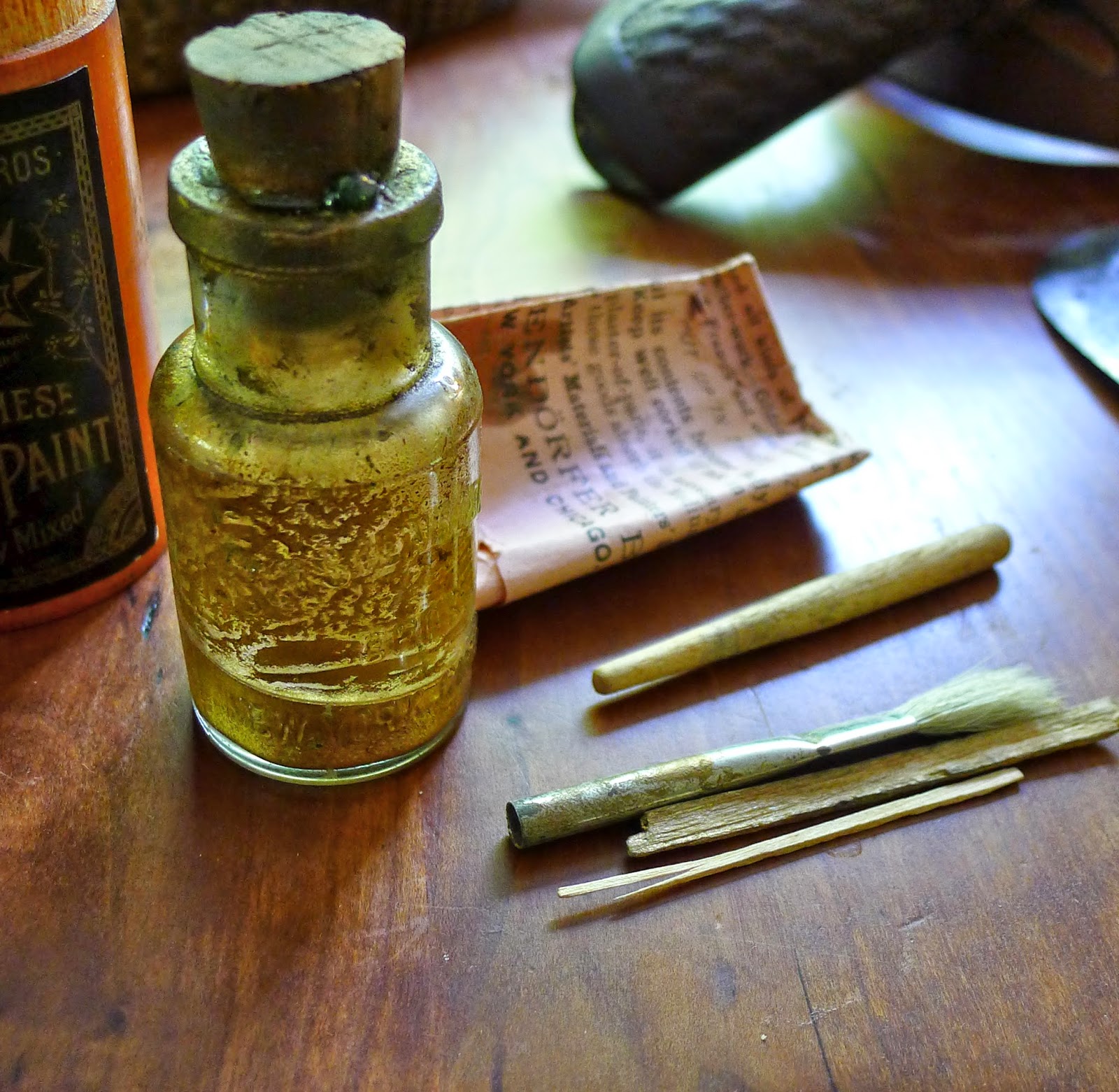 Quite early on I saw this little 1880's Gerstendorfers Gold Paint container. On opening the lid the instructions, 2 piece paint brush and original bottle with golden contents sealed by a cork were all there. Snapped that up. 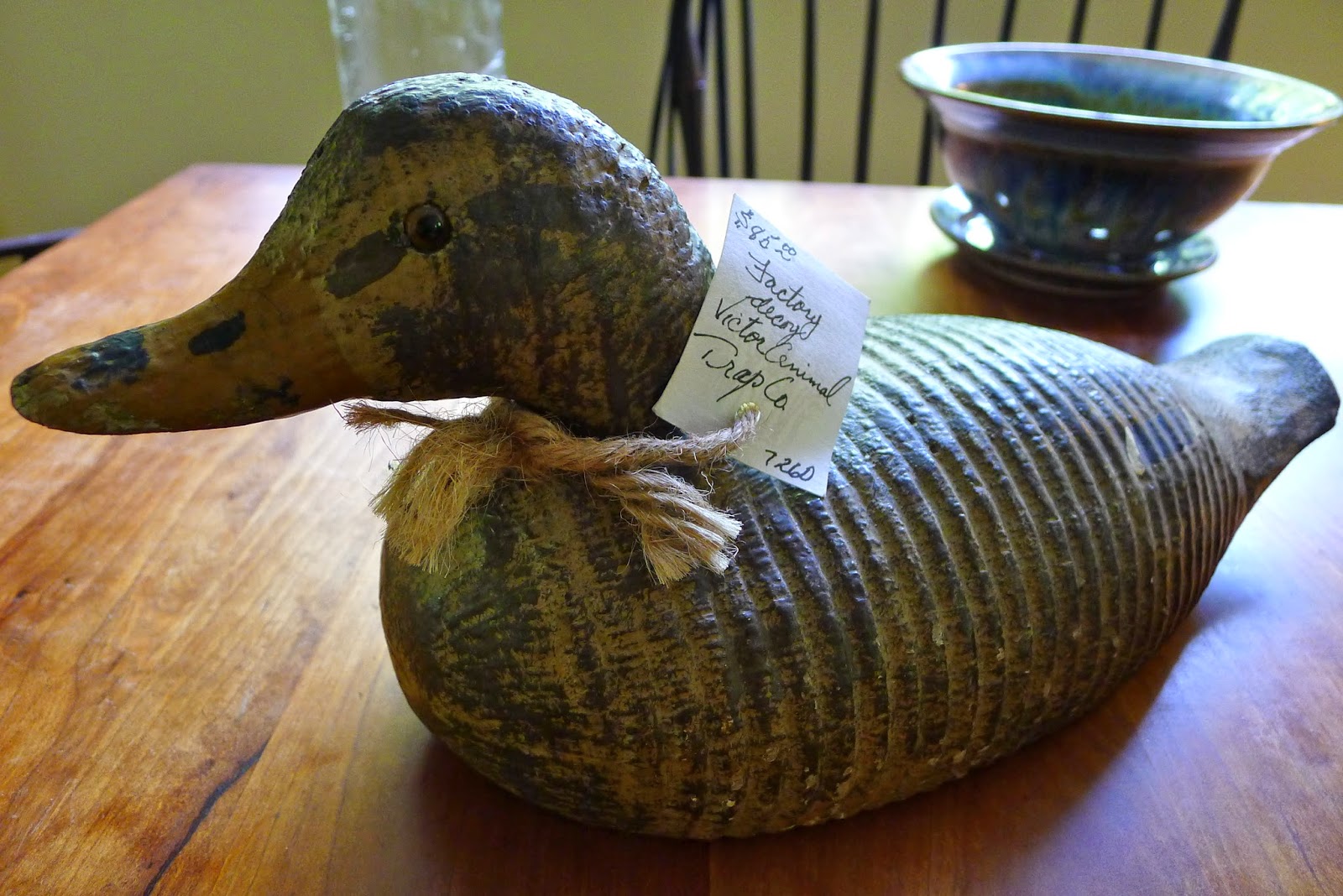 Then there was an old 1940's Mallard decoy, which although not hand carved, has a great patina. 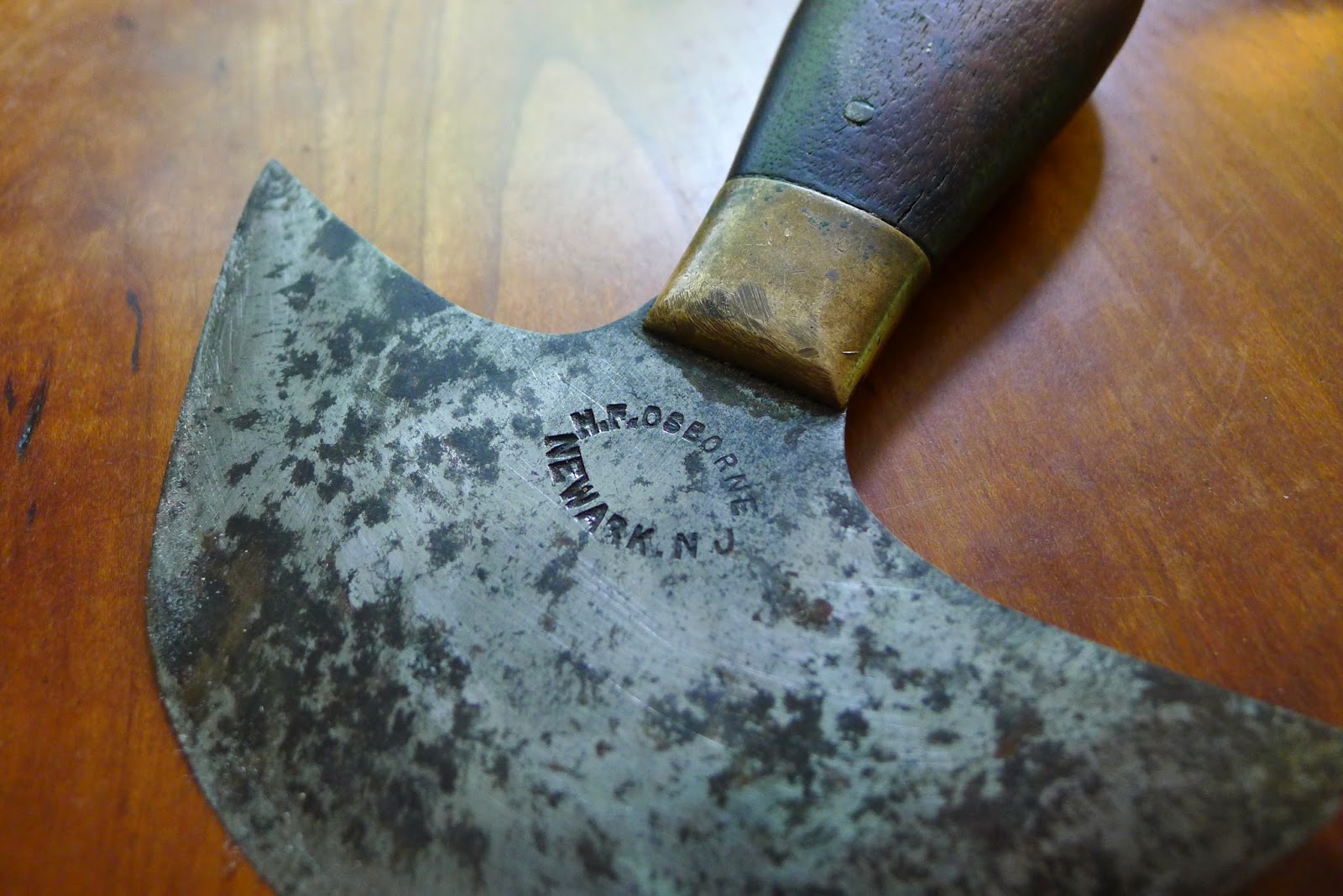 An H.F Osborne round leather knife, HF was CS Osbornes brother, who CS bought out around 1905, which means that any HF Osborne tool has definitely had a long and interesting life. 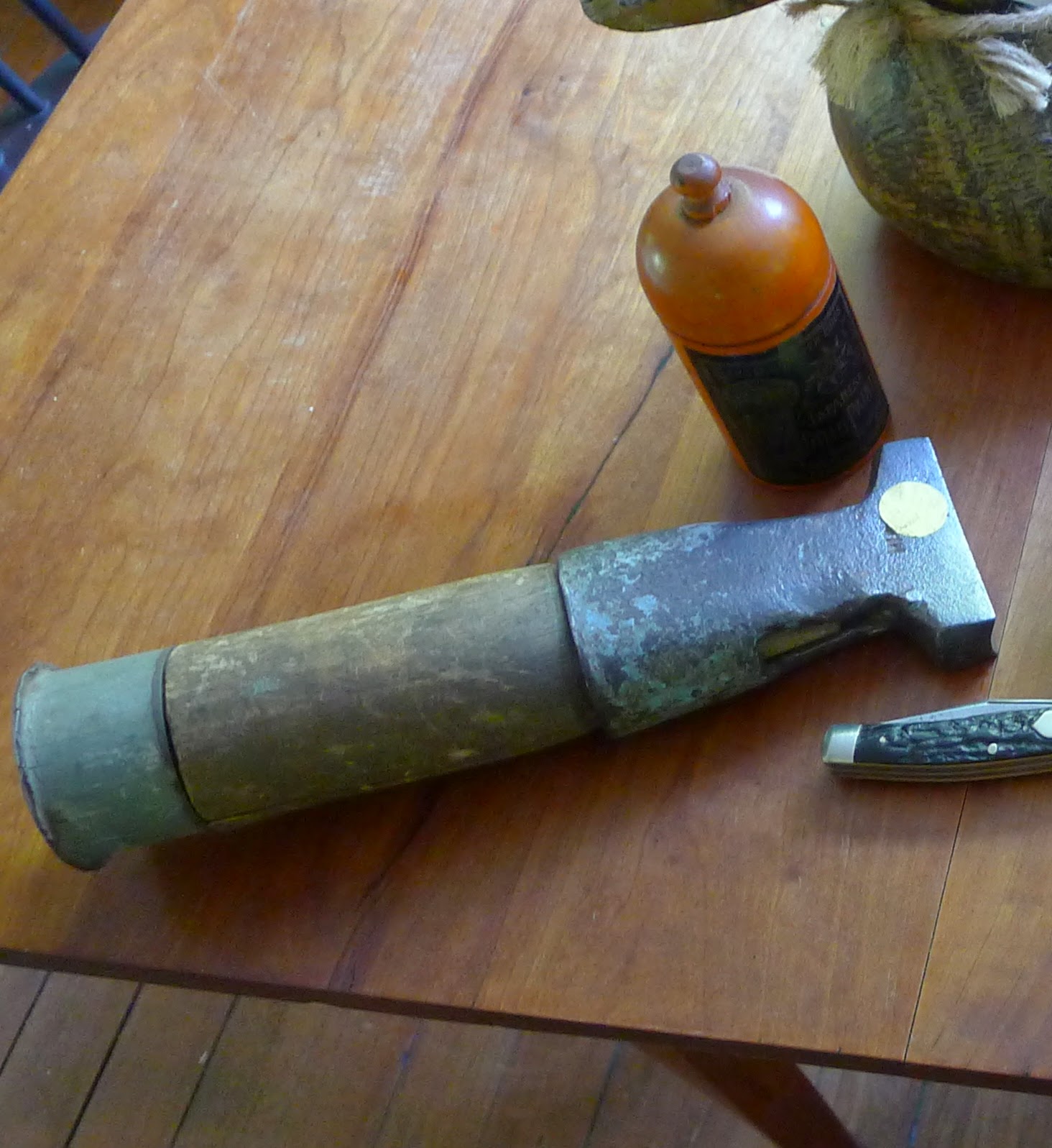 A Barton Hoop driver for the bucket courses back home.... Get a load of that George!

Plus a couple of other bits and pieces. Moral to the story, if your in Massachusetts when this show is on, get yourself there and make sure you've had your vitamins for the day, it's incredible.